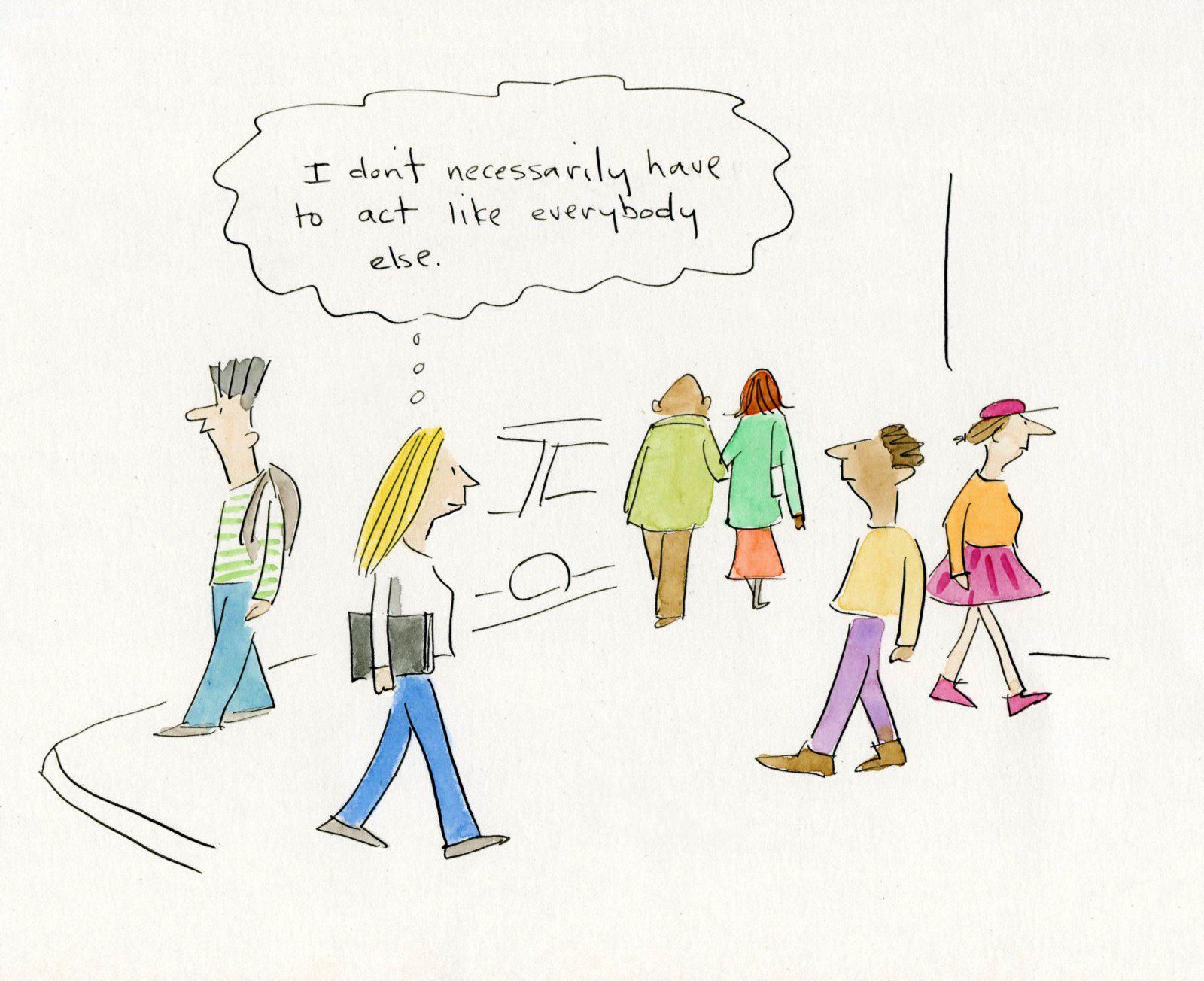 I first met my friend M. two years ago at a fashion event in Berlin. While engaging in small-talk, we realized that we had gone to the same high school, from where she had graduated a few years earlier than me. I instantly felt connected to her, despite the fact that she appeared to be one of “the cool girls” – you know, one of those girls that can’t decide which party to go to on Saturday night because there are too many invitations to choose from.

M. seemed fun, bubbly, she worked at a fashion company in Paris, was well-dressed and beautiful: the textbook cool girl. As we grew closer over the following months, went out for dinner and dancing together, I remember feeling secretly honored that she had picked me to hang out with.

The other day, M. told me that she’s felt like an outsider for most of her life – even among her longtime gang, a group of girls she’s been friends with since university. “I’ve only recently started to feel like I belong”, she said. Over the past two years I myself had come to notice that M. in fact misses a few crucial cool girl features: she is reliable rather than flakey, invites me over for spontaneous Friday evening dinners instead of going to exclusive parties and doesn’t get tired of telling other people how cool she finds them. Still, I was surprised to hear that she considers herself an outsider.

Could it be that we all are outsiders?