This story was written for Man Repeller. Photos by Julien Barbès

When Rihanna won the CFDA Fashion Icon Award in 2014, I was surprised. I had always thought of her as a talented pop artist, but I’d mentally reserved that award for those in the fashion industry. Her win made me rethink my initial perception of that which fell under pop. It made me look for layers that may not be immediately apparent. I never once denied Rihanna’s omniscient celebrity relevance, but when I looked at her wardrobe through this new lens and considered her clothing as personal style rather than, say, an artist’s costume, a whole new world of fashion possibilities opened before me.

So many of the things she wore years ago are exactly what people crave today. Rihanna pulled off sock boots long before I could tell a sock boot from a condom. An early proponent of menocore, she created extra room around her body with oversized clothing, merged the sensual with the weird, a new look of modern feminism invented in the process. She’s worn the most insane red-carpet outfits as naturally as if she were wearing a bathrobe. Remember the omelette-colored cape with the giant fur-trimmed train she turned up in at the Met Ball in 2015? Did anyone look more at ease on that evening than Rihanna?

In 1990, Prince told Rolling Stone, “All you have to ask yourself is, ‘Is there anybody I’m afraid of?’ If not, then you’re cool.’’ Rihanna’s style has never been about fashion as much as it has been about that exact attitude. She’s fearless. She never looks like she’s trying to maintain an image, nor does she give off an air of concern about whether she’s still relevant or not.

In celebration of my late-to-the-game Rihanna epiphany, I recreated five outfits as an homage to her style. I can happily report that having an extra room around my body was not only incredibly comfortable but also made me feel strangely protected. In her acceptance speech at the CFDA ceremony, Rihanna said, “Fashion has always been my defense mechanism. As a child I remember thinking, ‘She can beat me but she cannot beat my outfit.’’’ Amen. Below, a handful of Rihanna-inspired fashion envelopes to push in the name of confidence.

LOOK ONE: What Labor Day Rule? 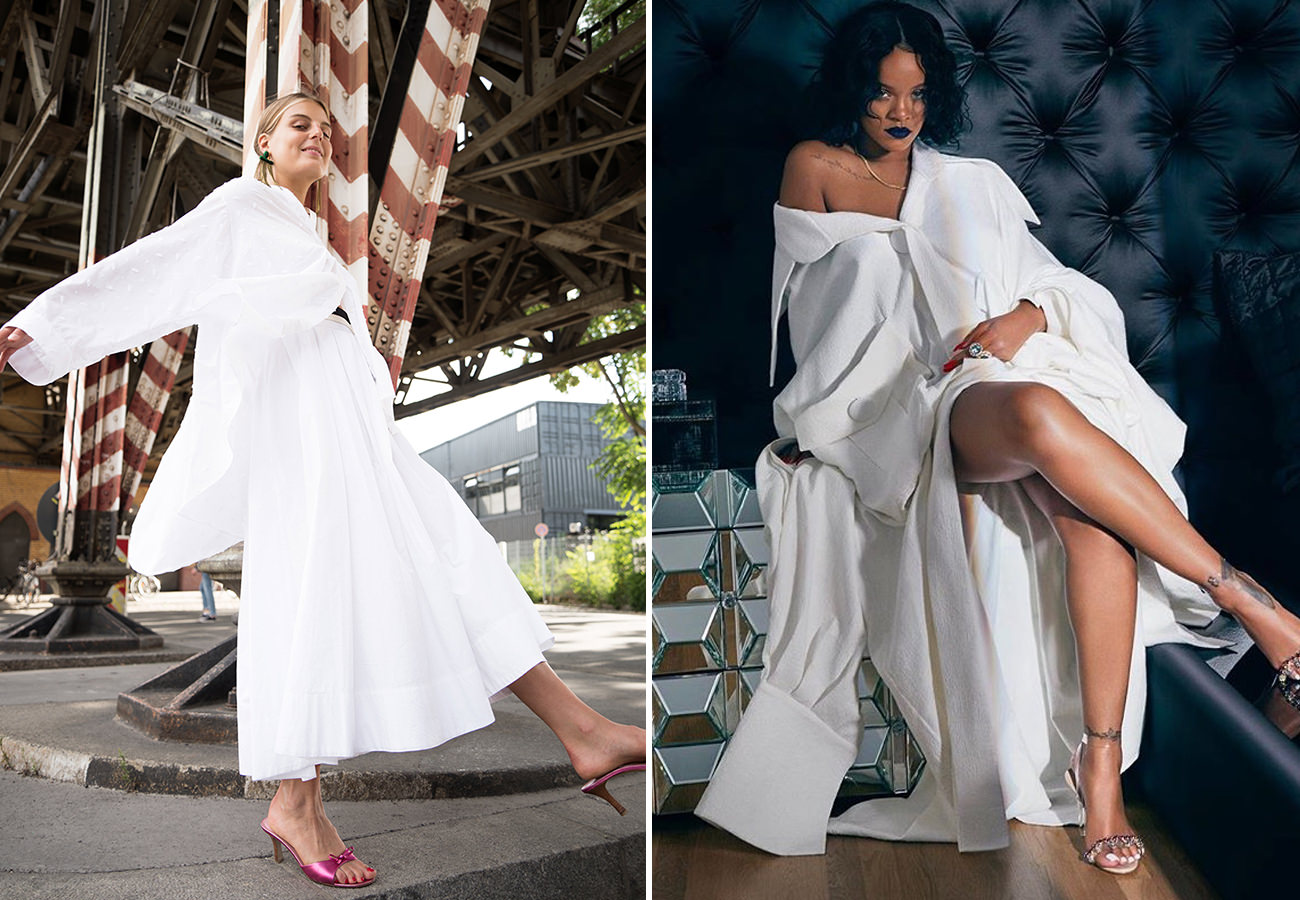 This look is made of 100% menocore and is so roomy it made me forget I have a body, which felt weirdly relieving. Step 1: find giant white thing or things to slip over your body. Step 2: add sandal. Step three: voilà. 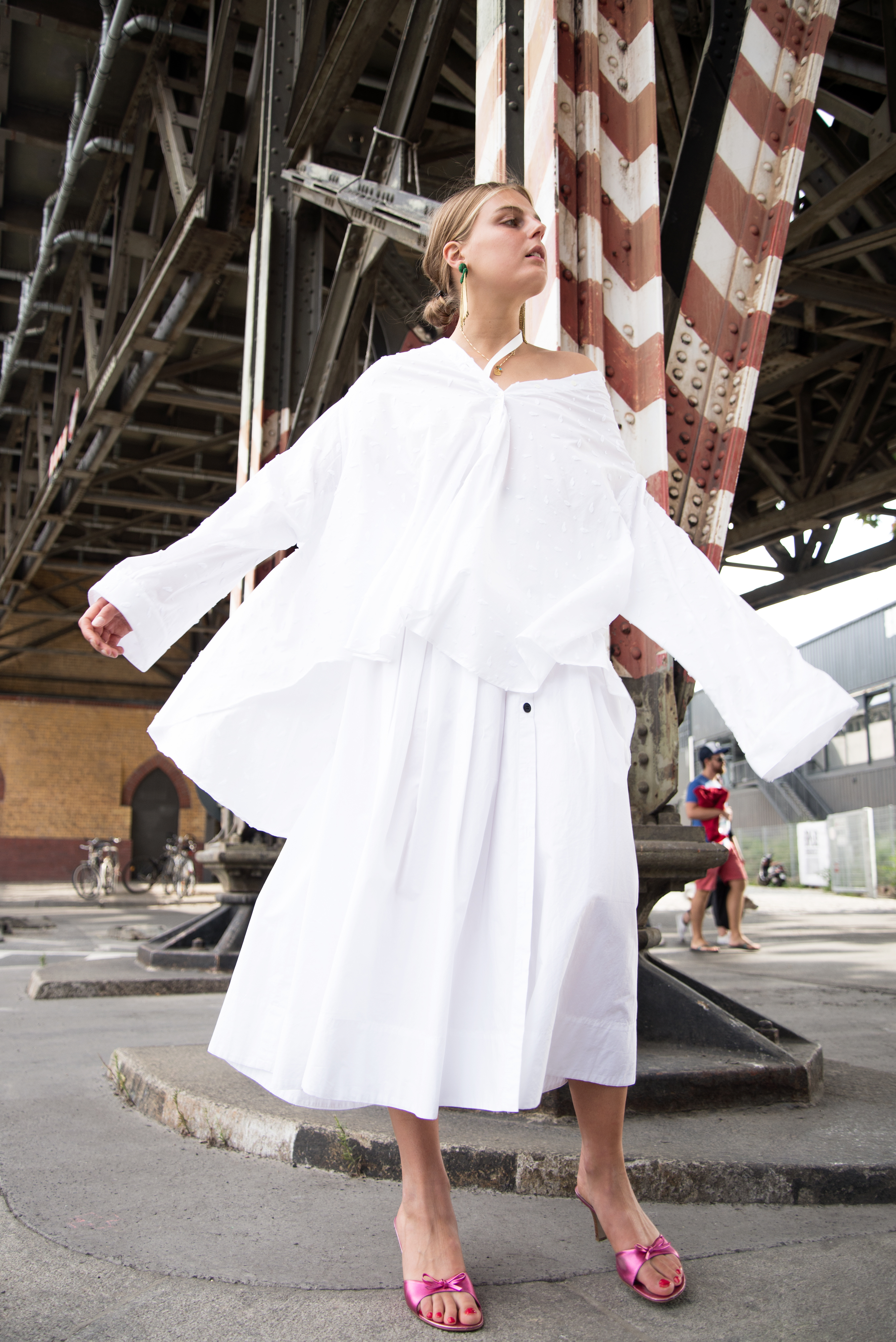 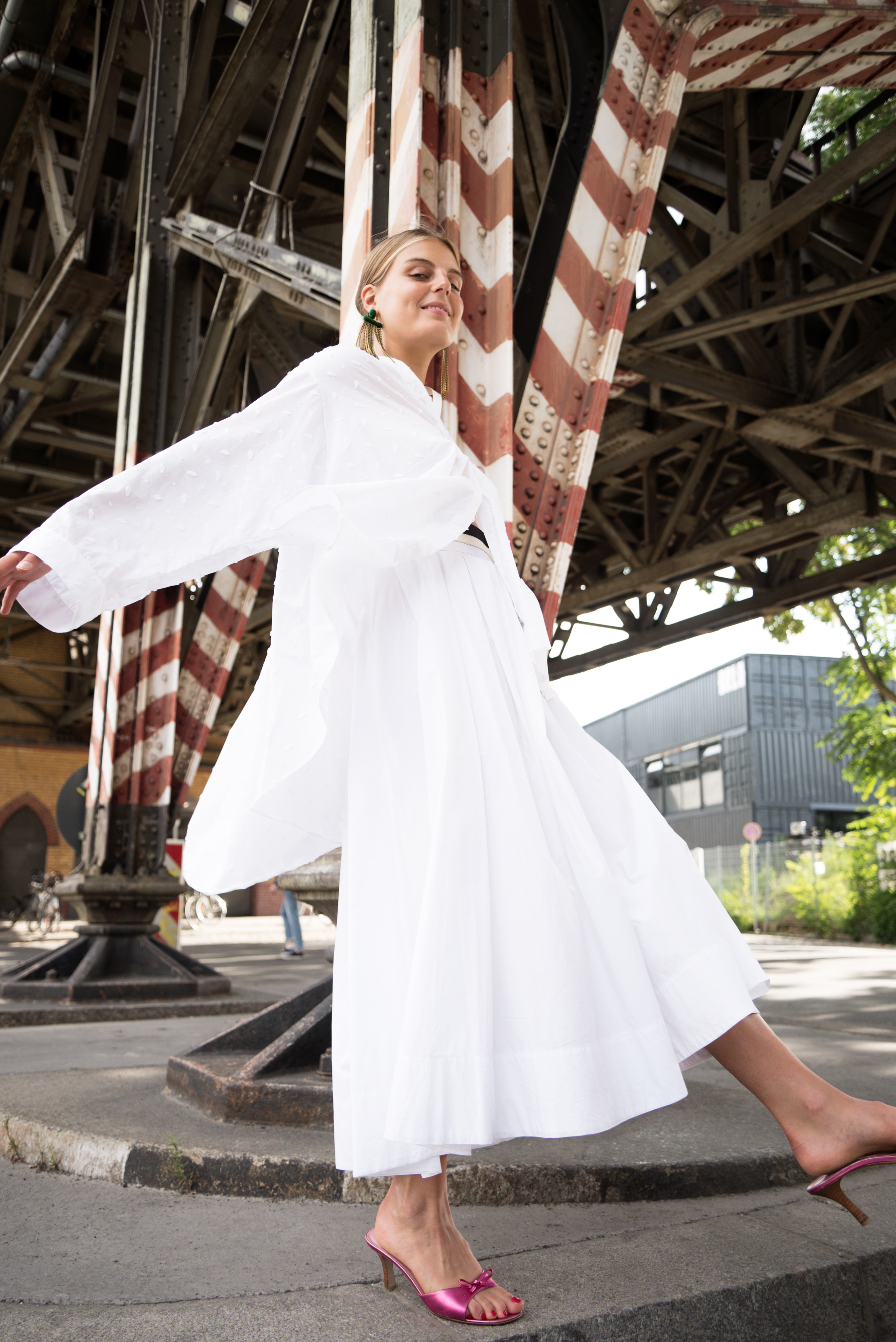 LOOK TWO: Put a Belt on It 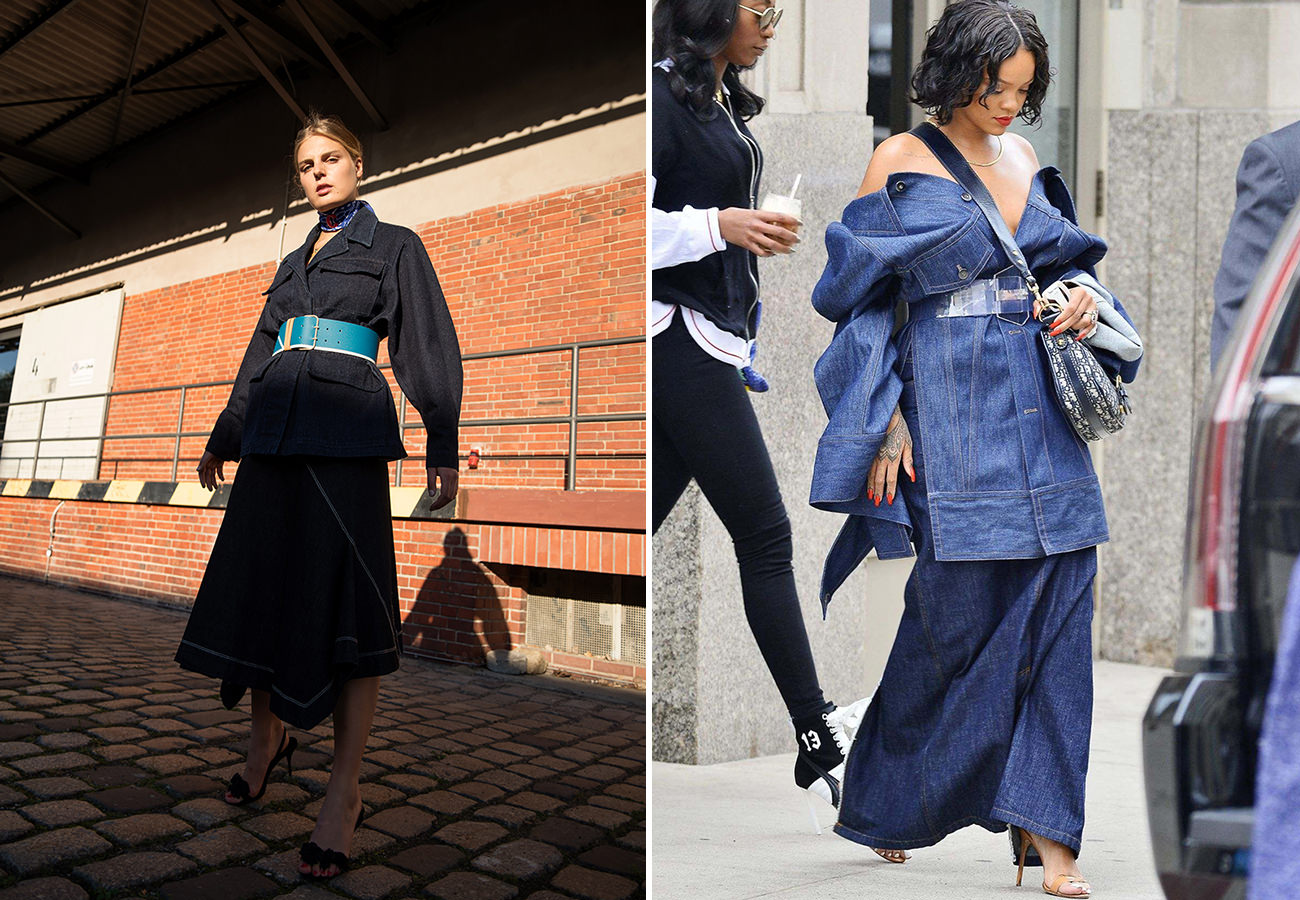 Find the thickest belt you can and cinch an all-denim waist. I added in a monogrammed handkerchief here to make it personal. I also decided against letting the denim jacket slide down my shoulders. I’ve tried this before and it was so annoying. Of course Rihanna does it effortlessly. 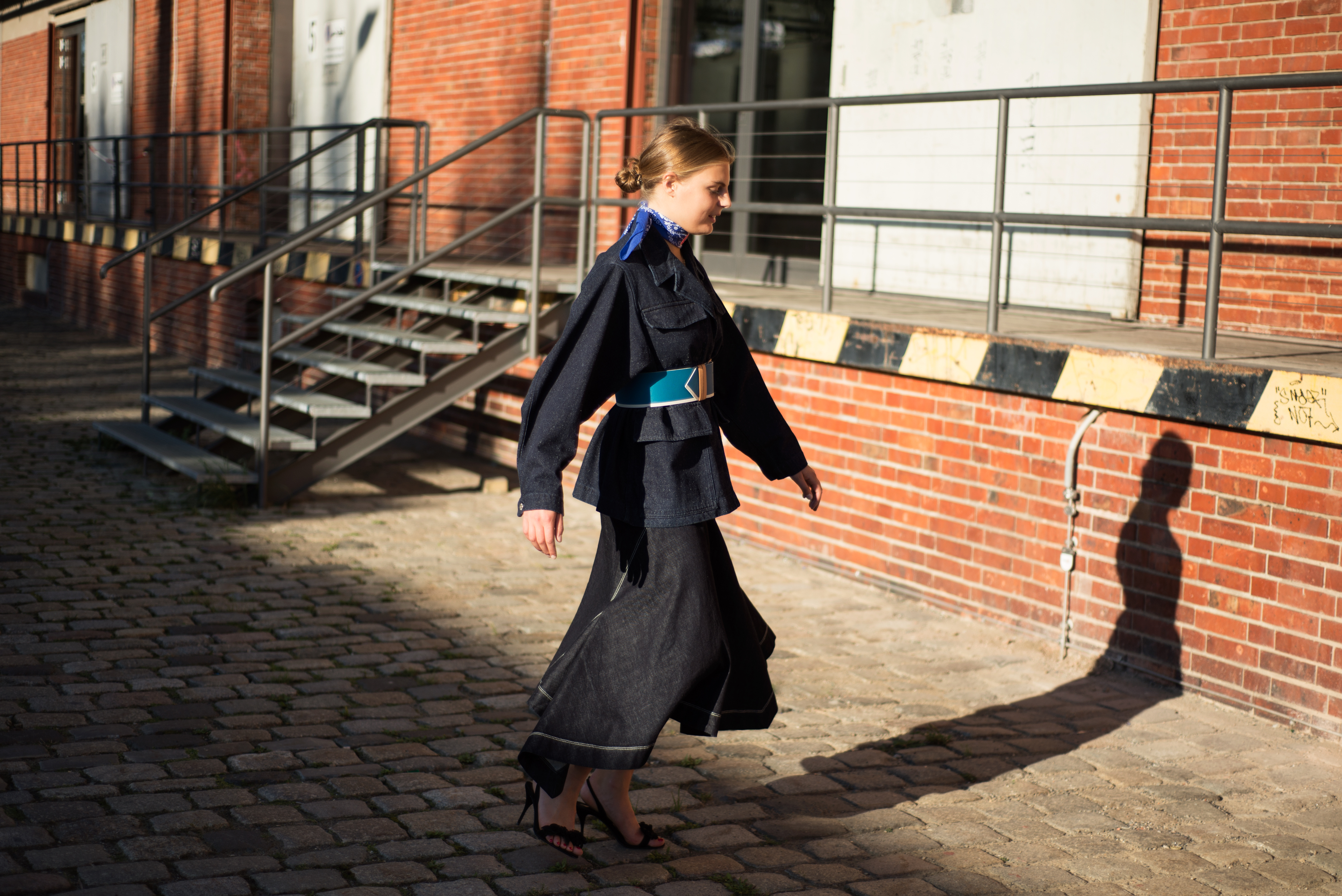 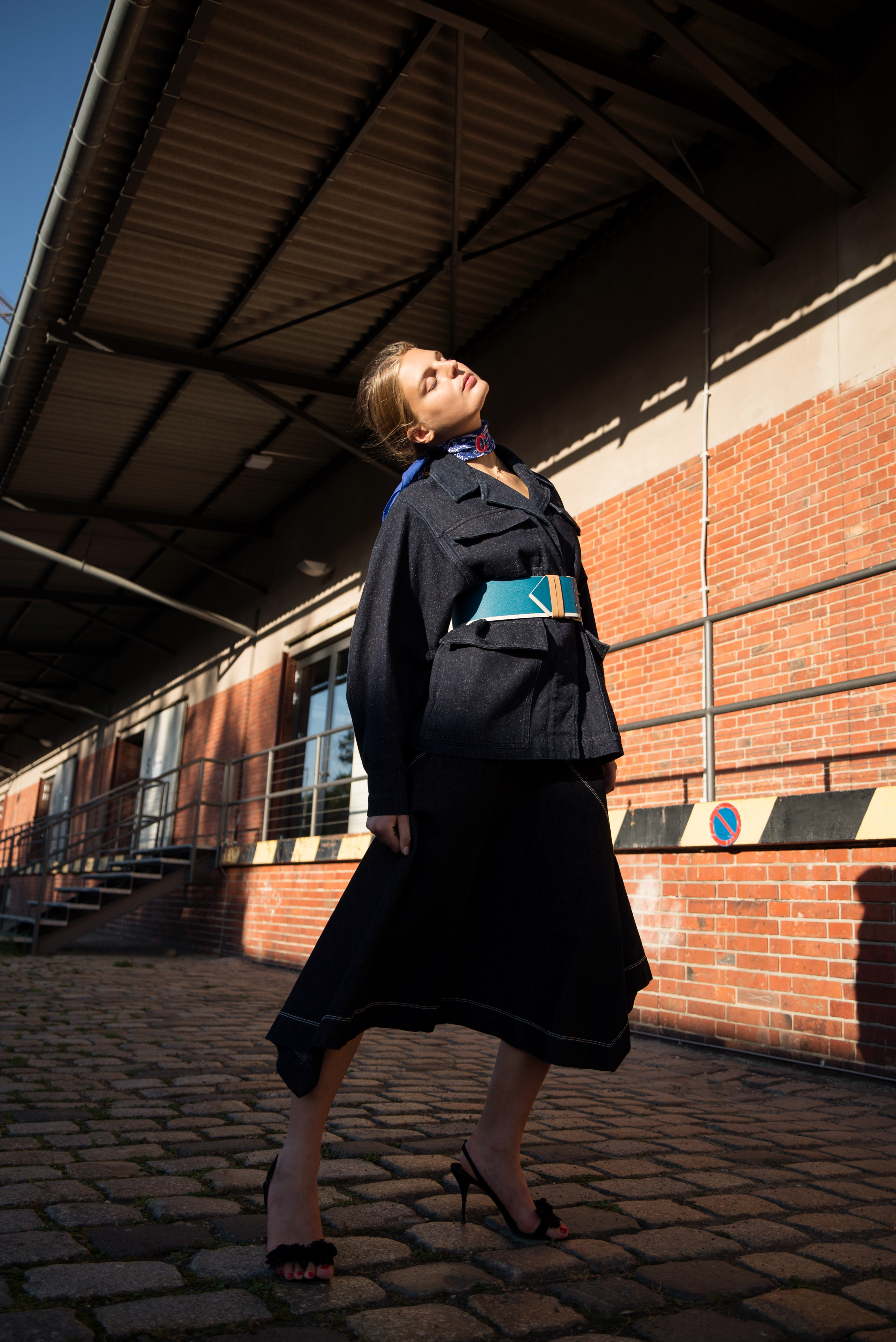 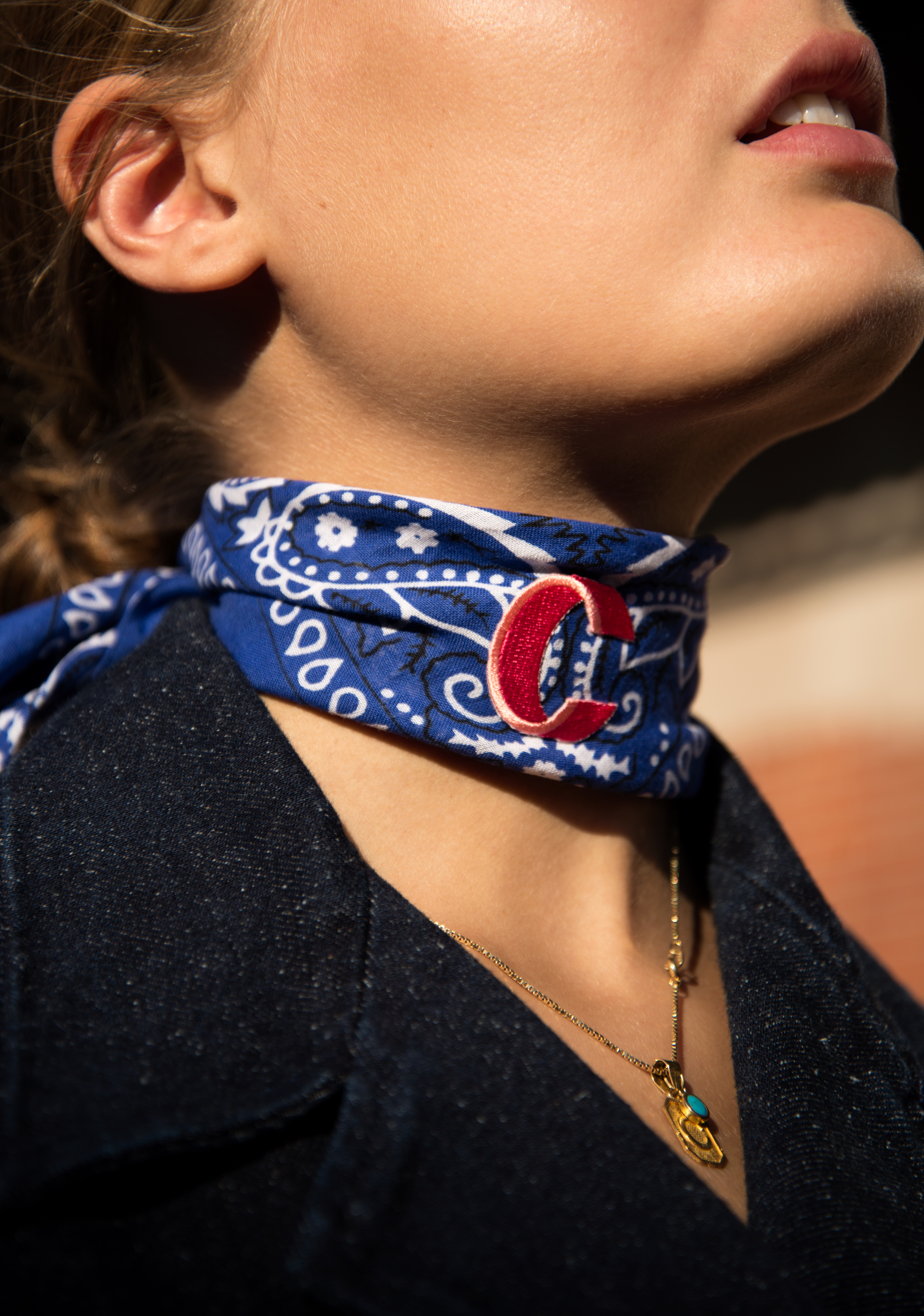 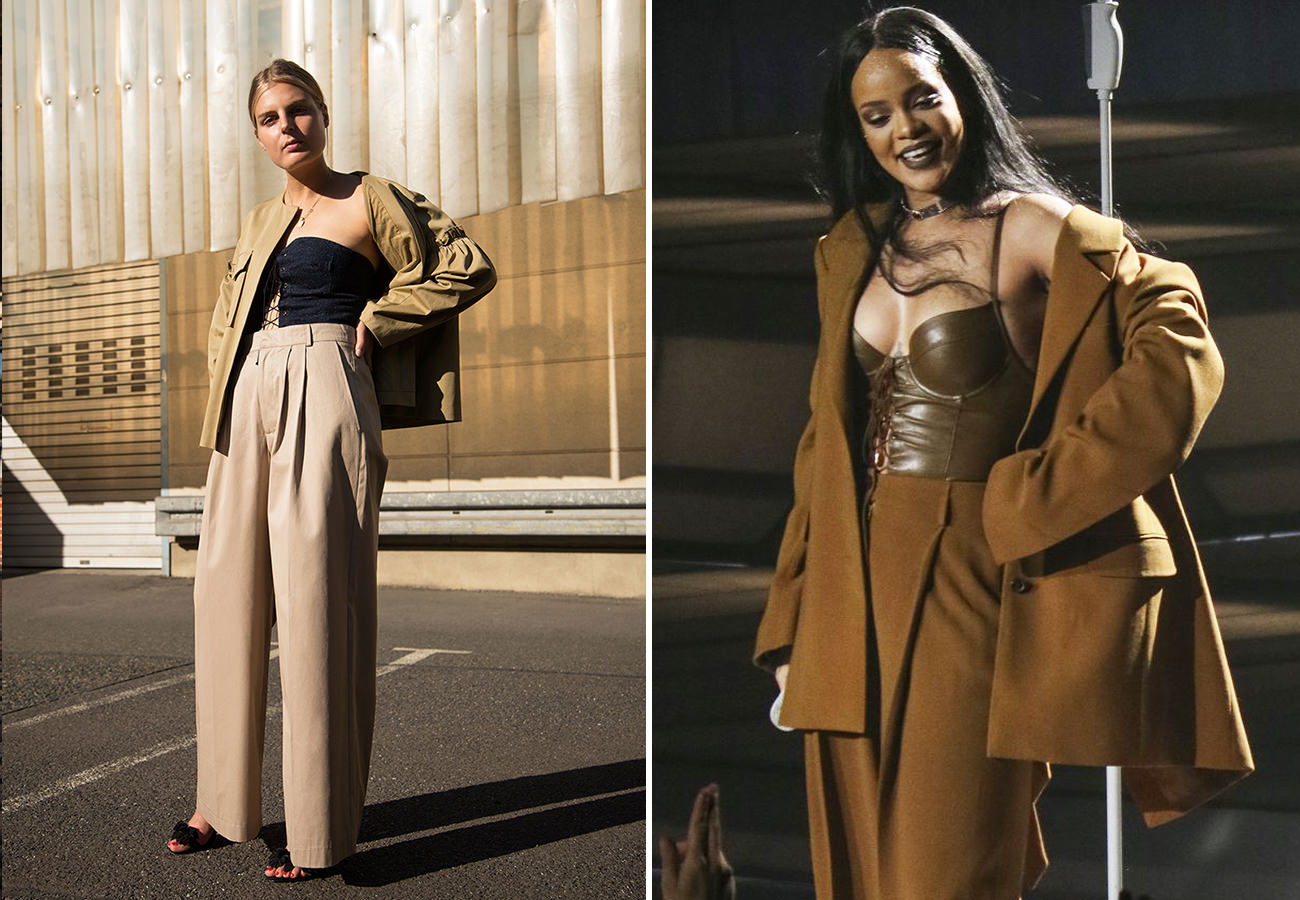 This one was a double premiere for me because it was the first time I wore a corset and more than one khaki garment at once. Check, check. Keep your colors neutral and you’re practically dressed for the office. (If your office is a stage.) 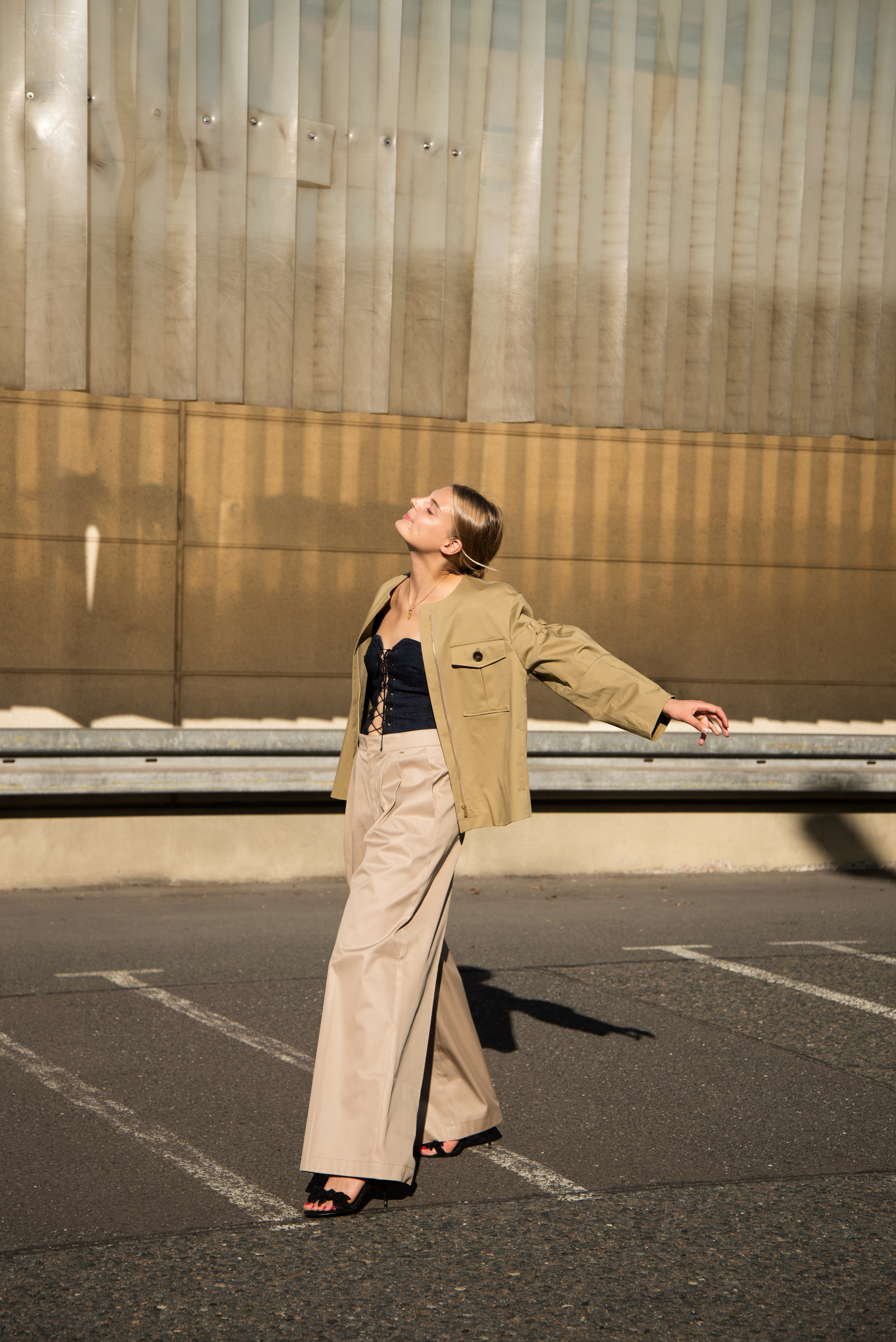 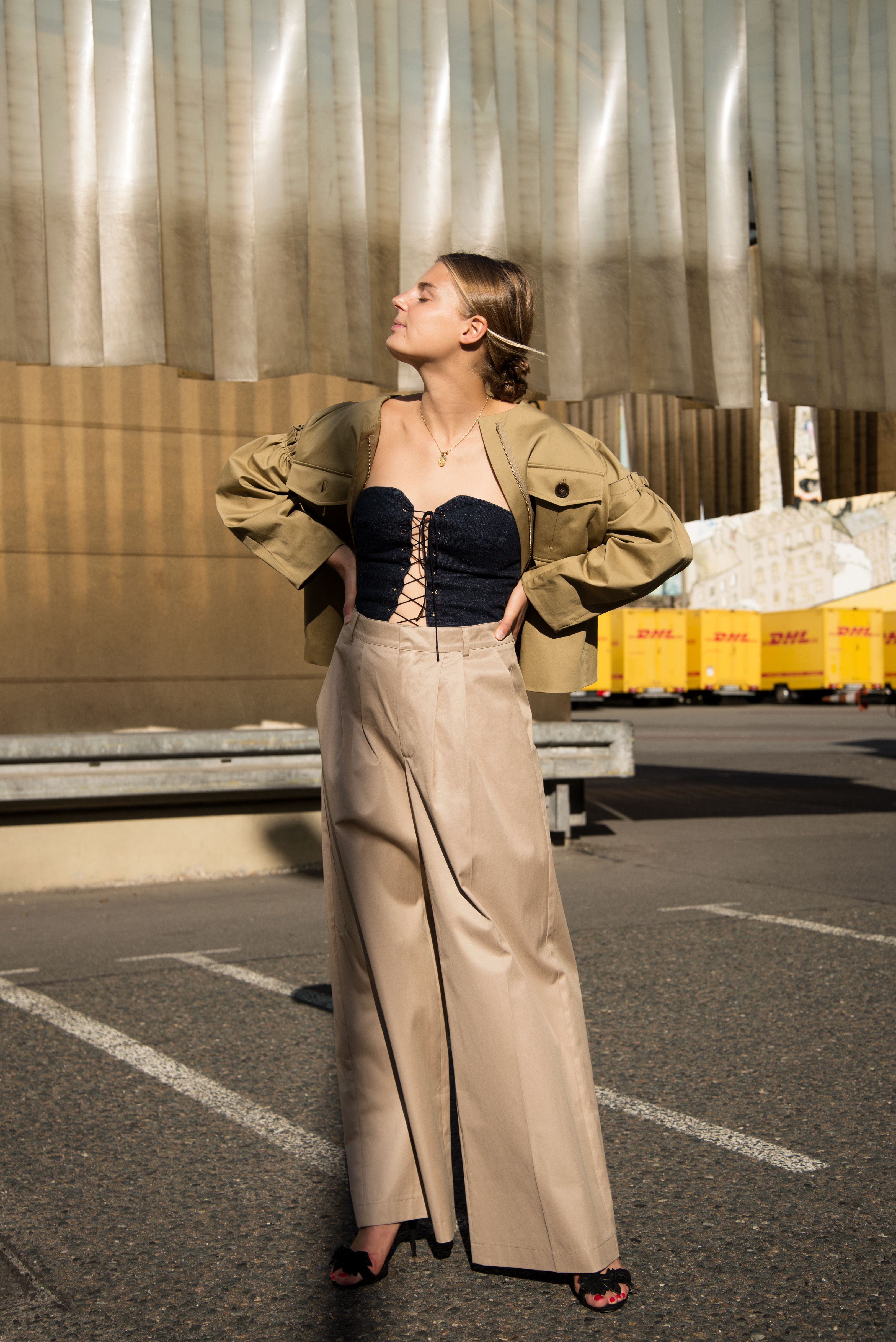 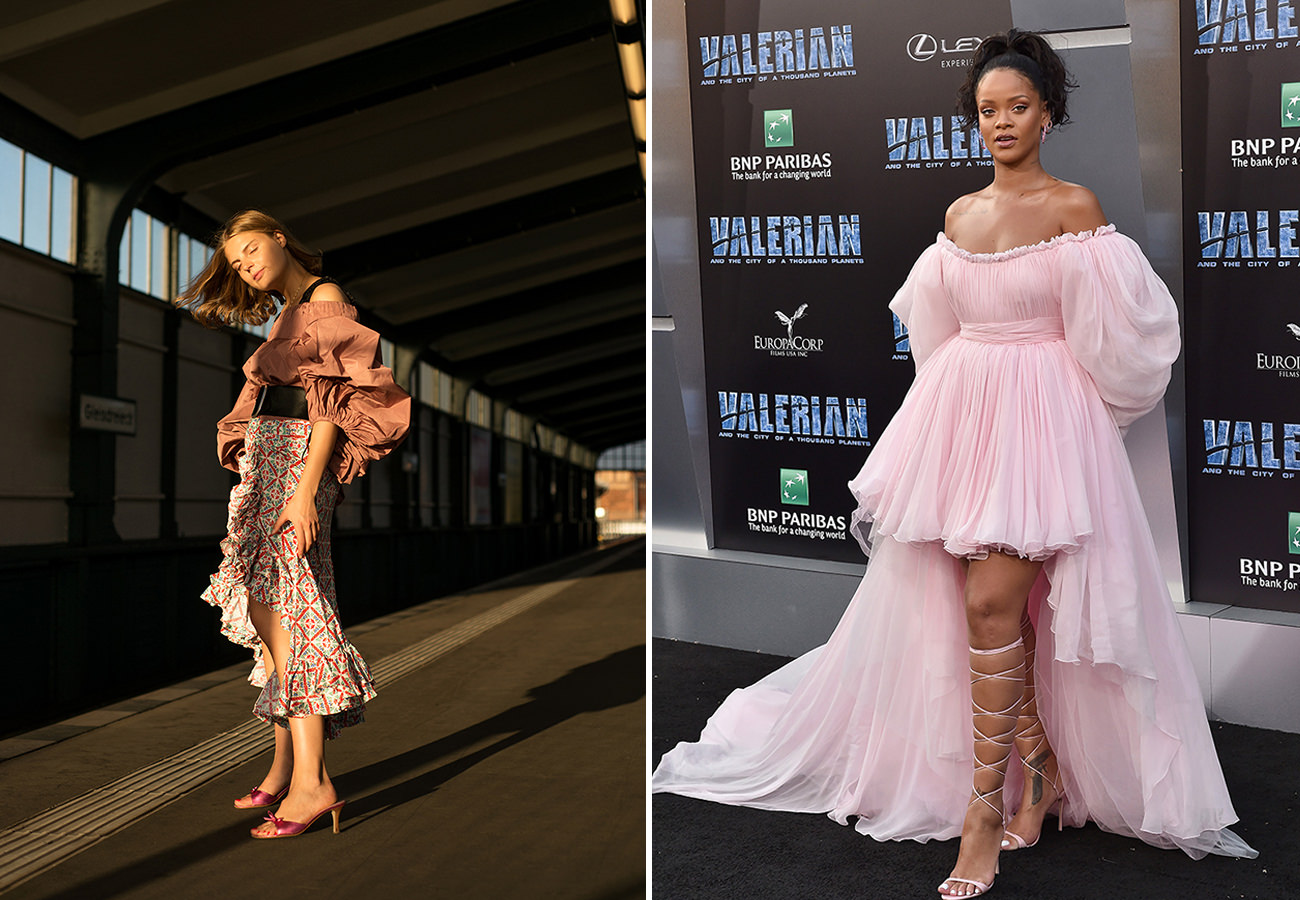 There are very few people who look cool in cotton candy. Rihanna is obviously one of them; I am not. As such, this outfit is a rather free interpretation of the Giambattista Valli Couture dress she recently wore to a film premiere in Los Angeles. (Major tip of the hat to her stylist Mel Ottenberg here.) It turned out to be my favorite, mostly thanks to those extra spacious sleeves that made my arms feel like they were wearing floaties. 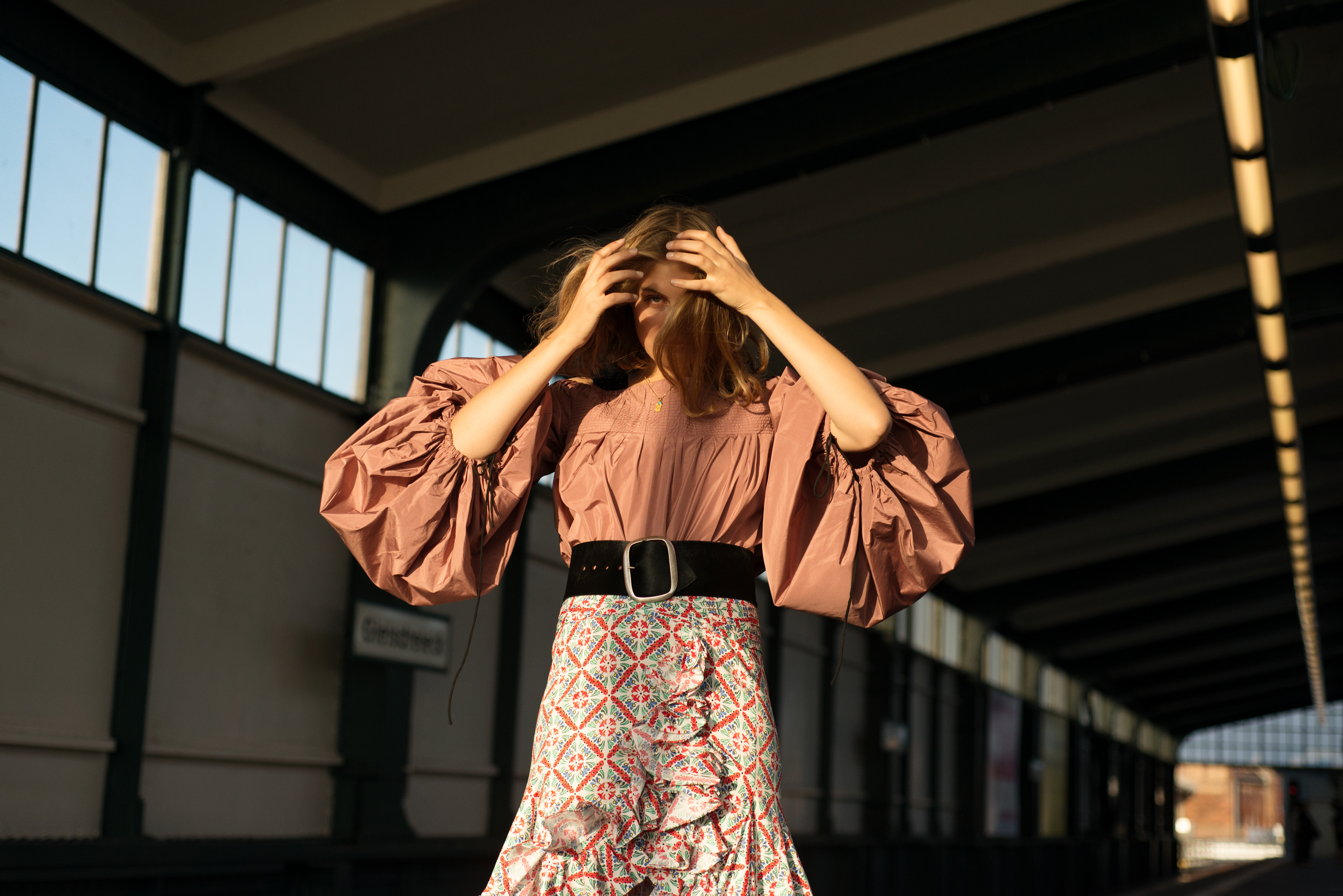 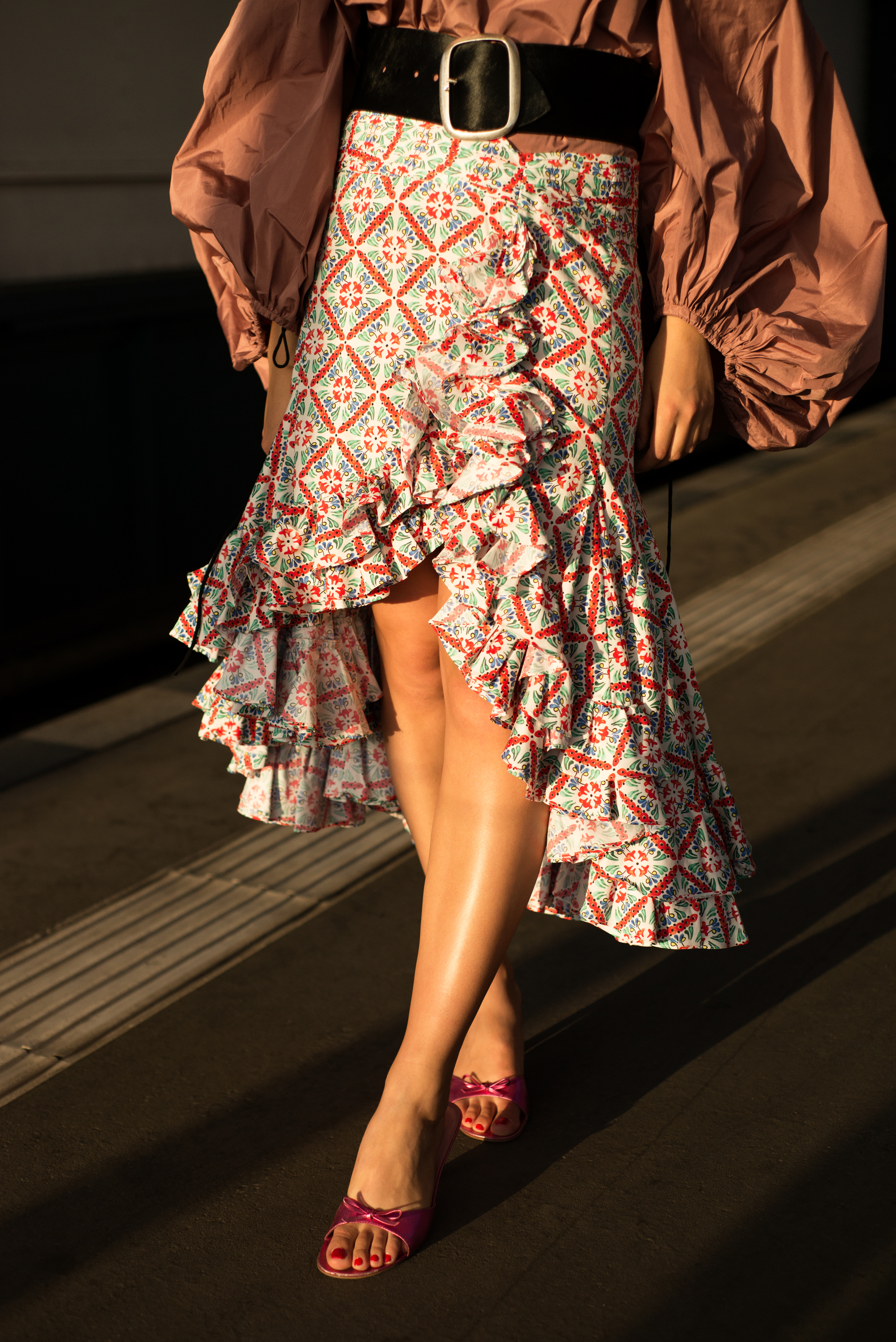 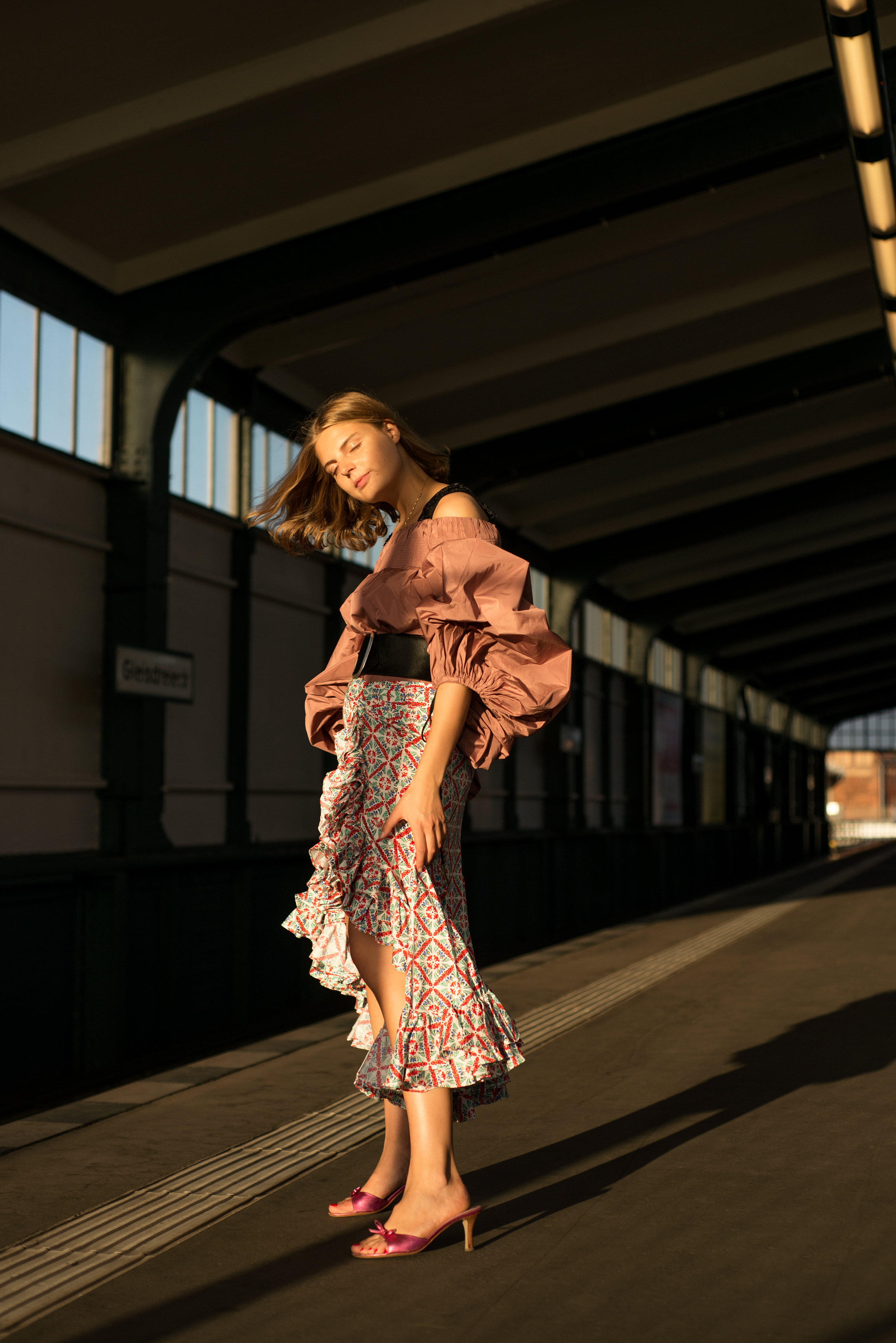 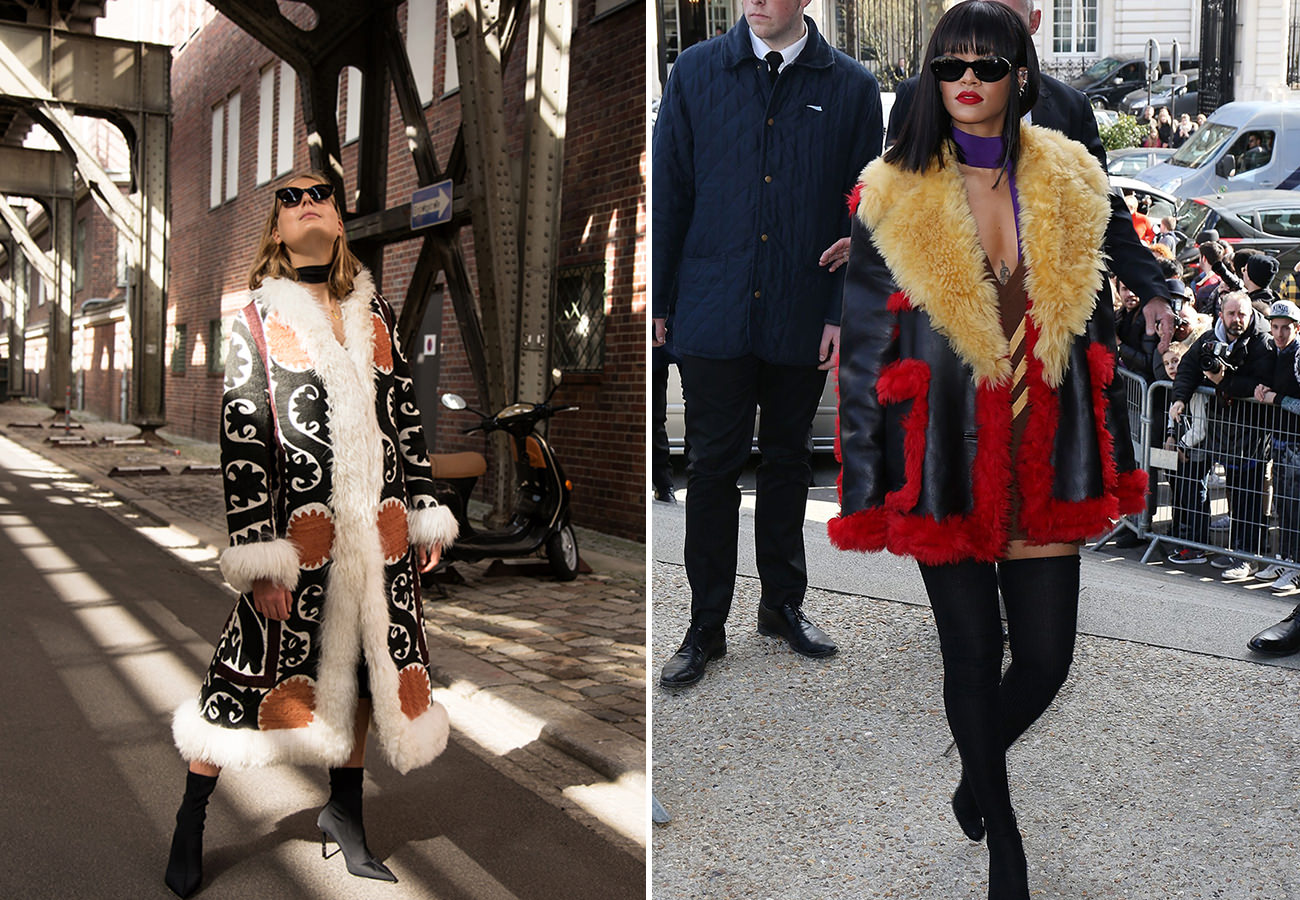 This was inspired by the look Rihanna wore to the Miu Miu runway show in March 2014. It gave me an idea of life as a sheep, which inched me closer to my previously-mentioned life goal to find a copy of Hagrid the park ranger’s oversized moleskin coat. (Hagrid is that giant from Harry Potter. I can’t stop talking about him. My coat is made of fake fur, by the way!) 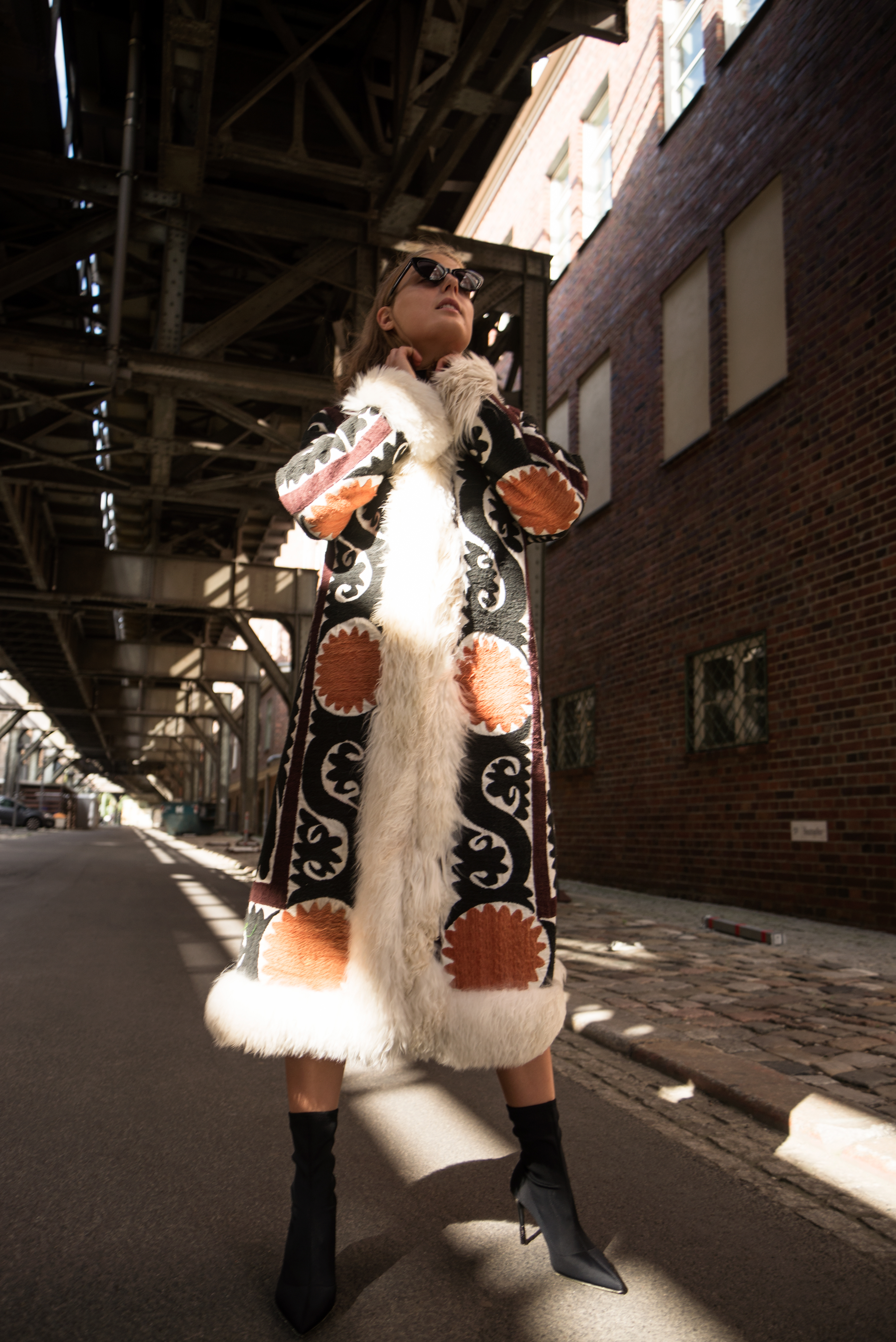 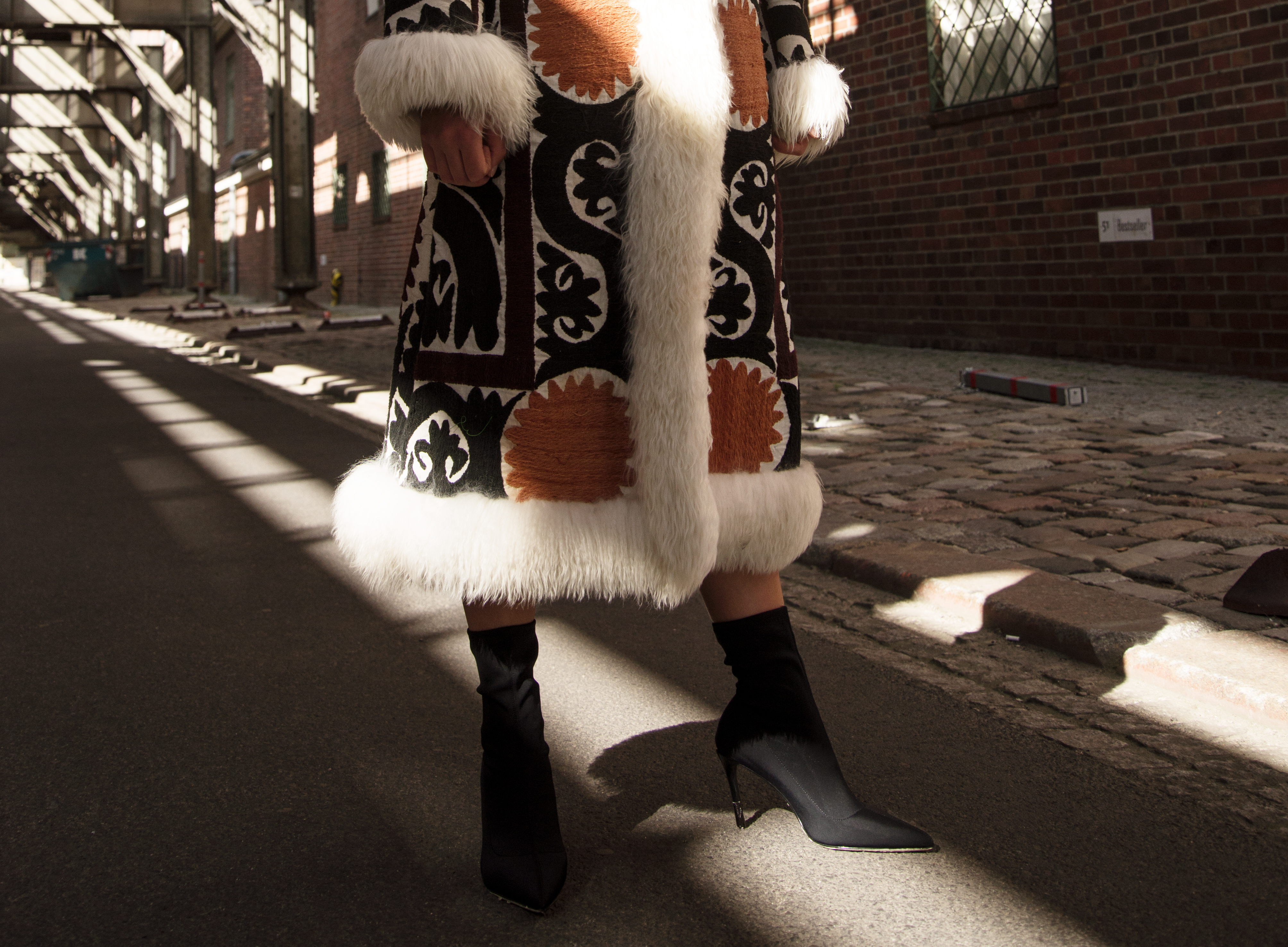 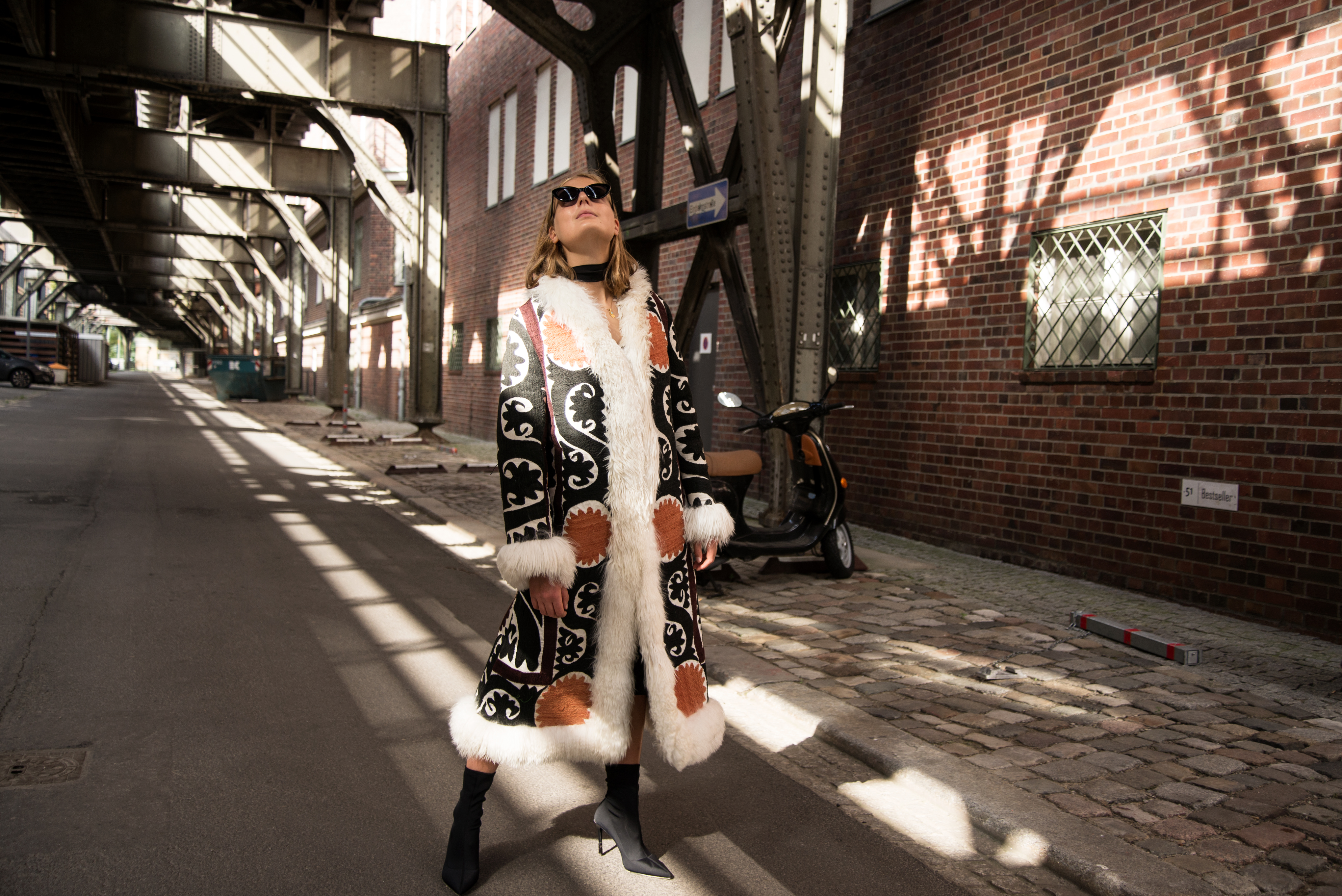 Well? What do you think? Should we all just share our favorite Rihanna outfits in the comments?