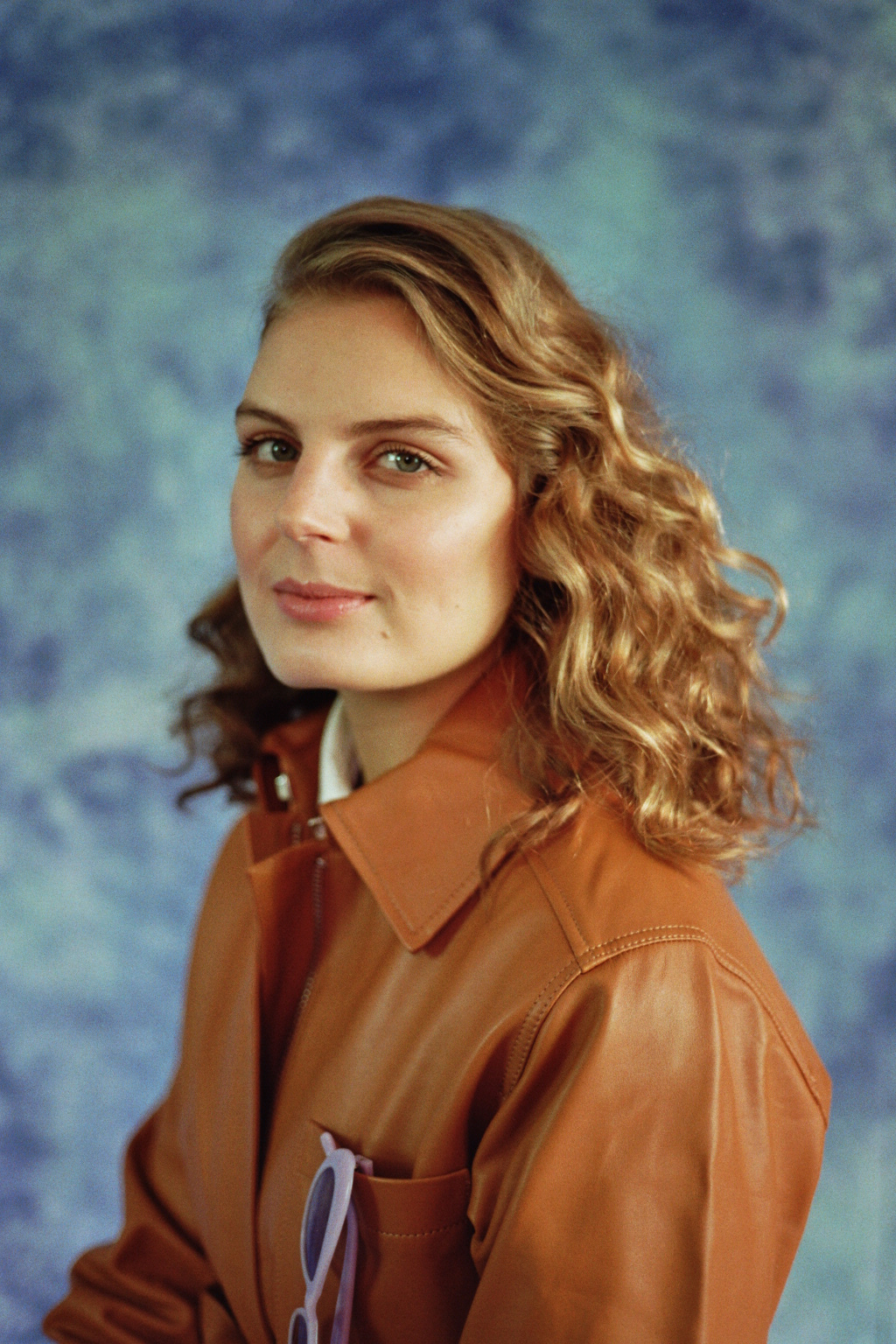 In model casting shows, the candidates often cry when their hair is cut off during a makeover. In “The Princess Diaries”, it is Mia’s transition from curly to sleek hair, not from normal teenager to royalty, that her friend Lilly seems to feel the most betrayed by. Hair makes a woman. It is her crown, her protective veil, maybe the most visible expression of her identity and the way she wants others to see her.

I used to discount the idea of women changing their hair when entering a new phase in their lives a cliché. And so at first, it didn’t occur to me that I was going through much more than just a change of appearance when I made the decision to grow out my hair some months ago. It didn’t feel like such a radical thing to do. I didn’t cry on the day I realized I wasn’t going to see the hairdresser (once my favorite of all errands) anymore. My hair is also not that long yet; I haven’t gone from chihuahua to Afghan hound overnight. However, for someone who’s worn a bob for the past 23 years, shoulder-length hair means quite a change. For the first time in my life, I can flick back my hair like once only Cher Horowitz could.

My best friend in primary school, Annika, used to wear her long, chestnut brown mane braided and tied up in loops, a ‘do she called “monkey swings”. While I envied Annika for the look, the idea of having long hair myself seemed unimaginable. I was an outdoor kid who loved spending hours in the forrest with my sister, building shacks of tree branches and leaves we planned to move into some day. Long hair would have been onerous for my adventures in the wild. But I also remember shaving my Barbie’s head, so I must have had a more profound issue with it.

I certainly didn’t look boyish. I loved playing dress-up, and yes, even owned a Barbie. But these things where mostly means of expressing my creativity. Barbie was a toy to me, not some ideal woman character I fantasized about turning into one day. I also never thought of myself as “girly”, and even used to be a little bit ashamed of being a girl. I never belonged to a girl gang and considered myself too cool to go to the loo in groups. At 15, I took up athletics, training with a group of only boys. I didn’t get my period until I was 18, a fact that made me feel excluded but also oddly strong. When the other girls complained about cramps in the locker room and asked the teacher if they could skip gym class, I rolled my eyes in secret, proud I didn’t have to battle with any of this, let alone talk about it. My short hair matched this idea I had of myself perfectly: that of the cool girl that carries Asics spikes instead of tampons in her bag and doesn’t have time for gang feuds. If there was a movie character I would have wanted to be friends with at the time, it would have been short-haired Juliette Paxton (played by Keira Knightley) in “Bend it like Beckham”.

Don’t get me wrong: I don’t think that short hair generally corresponds to toughness, whereas a long mane indicates femininity and a soft character. The opposite (or something completely different) could be true as well. For me, short hair enhanced the tough, up-to-every-trick attitude I wanted to be known for at that time. And so as soon as I’d realized I was ready to leave the tomboy in me behind and accept the woman I had grown into, the logical consequence was that I had to try out the hairstyle I had rejected for so long. 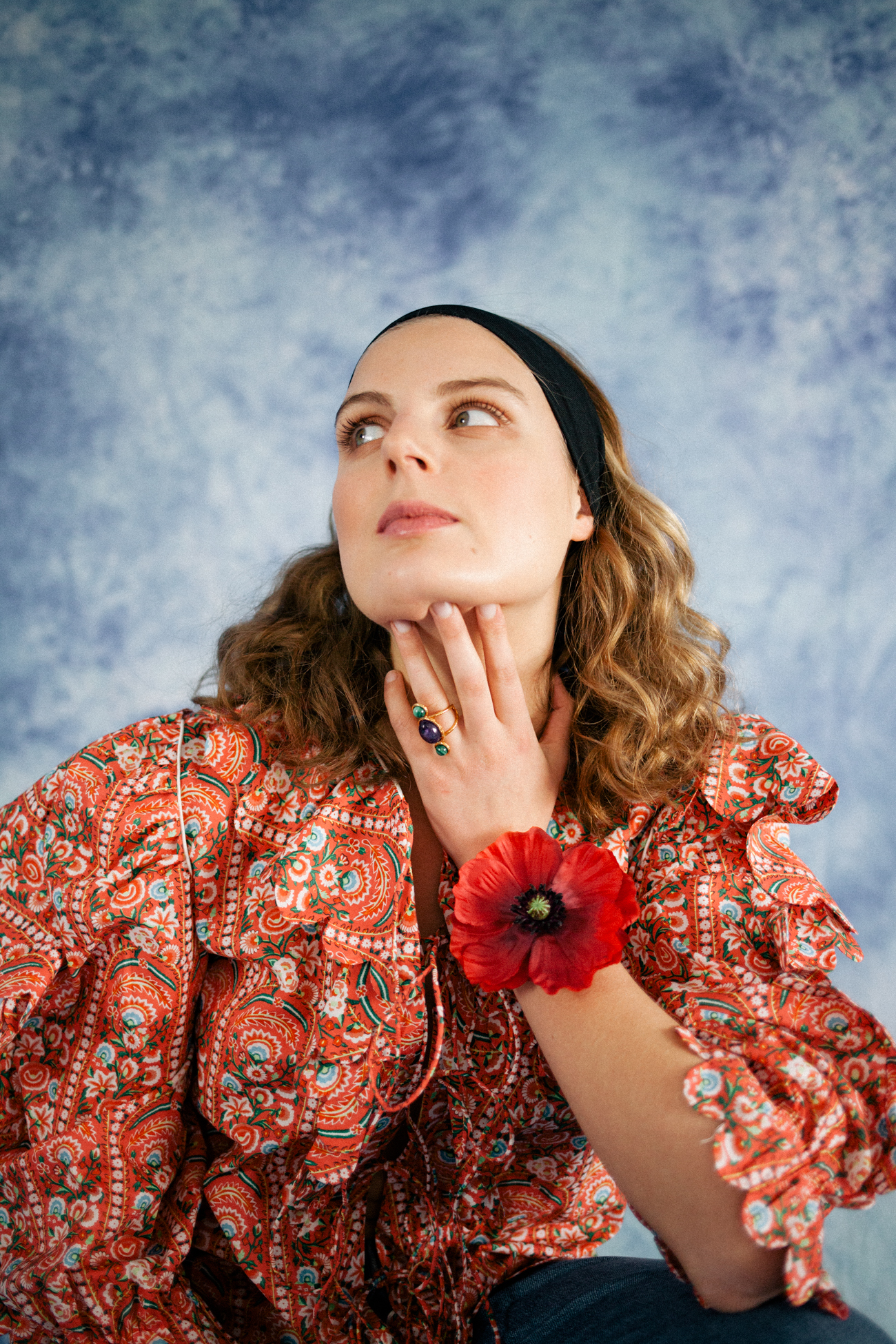 I cannot pin down a pivotal moment when this transition happened; when I realized that my body secretly had developed curves, that I had grown out of my lean physique, and that there was nothing bad about that at all. But in the past months, I have observed in myself a new respect for both the female body that I live in and womanhood in general. I still find it weird to openly talk about femininity, especially about something both so intimate and quintessentially female as my period (this is a first, actually). But as much as I rejected it when it finally arrived after my eighteenth birthday (I had secretly been hoping I’d live a period-free life ever after), getting my period now feels actually pretty good, for it means I’ll be able to give birth one day (that cool thing only women can!).  Brushing my long hair every night before going to bed has become a ceremonial act of self care, something I never indulged in before. This past March, I even spent an entire weekend in the countryside with ten other women, something I would have considered an absolute nightmare not too long ago. It was marvelous. “Girl gang suits you”, a friend commented under a group picture I posted on Instagram after the trip.

I wonder if the transition I’ve gone through has something to do with society’s much-quoted new acceptance of diverse female body types, with Lena Dunham in “Girls”, Ashley Graham on the cover of Vogue and the solidary moment of the #Metoo movement. But for the first time in my life, I am deeply proud of being, and looking like, a woman. I am proud of my curves, of my uterus, of my girlfriends that I can discuss everything from period cramps to North Korea with. If the ominous search for one’s self really exists, I can report that I finally might have found mine. Who knew my hair would play such a big part in it.

Photographed by Marlen Mueller. Hair and Make-Up by Latisha Nicholson 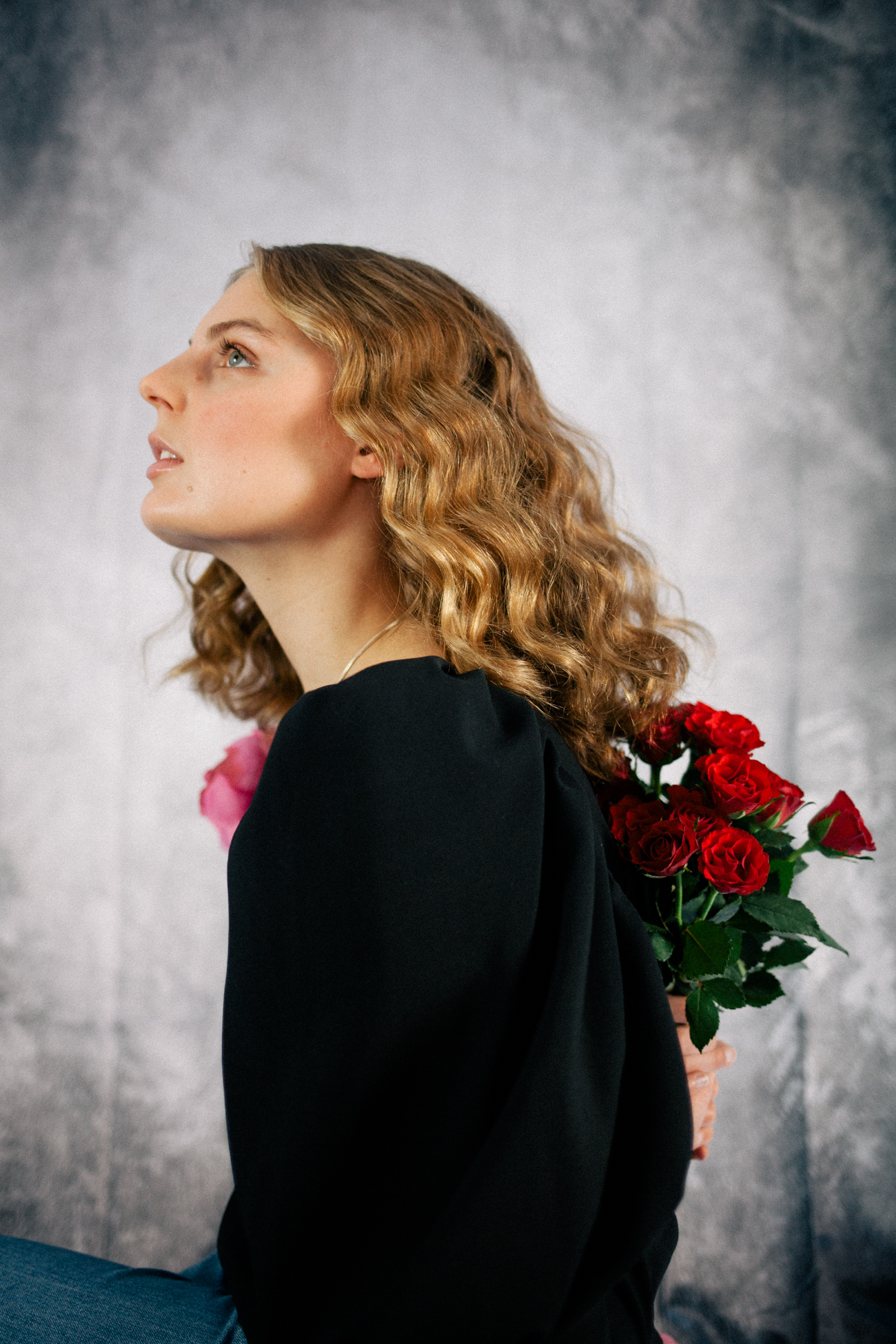 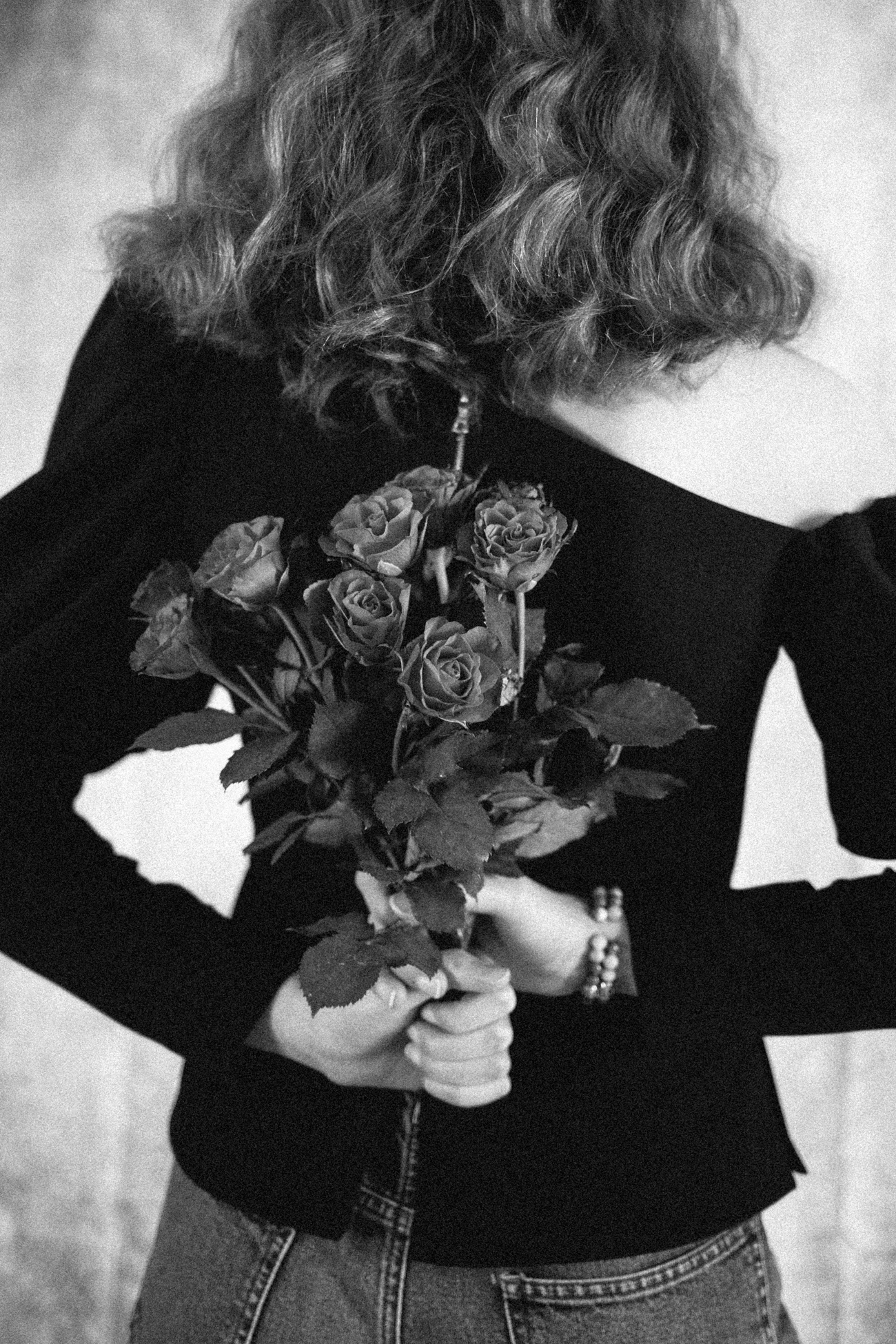 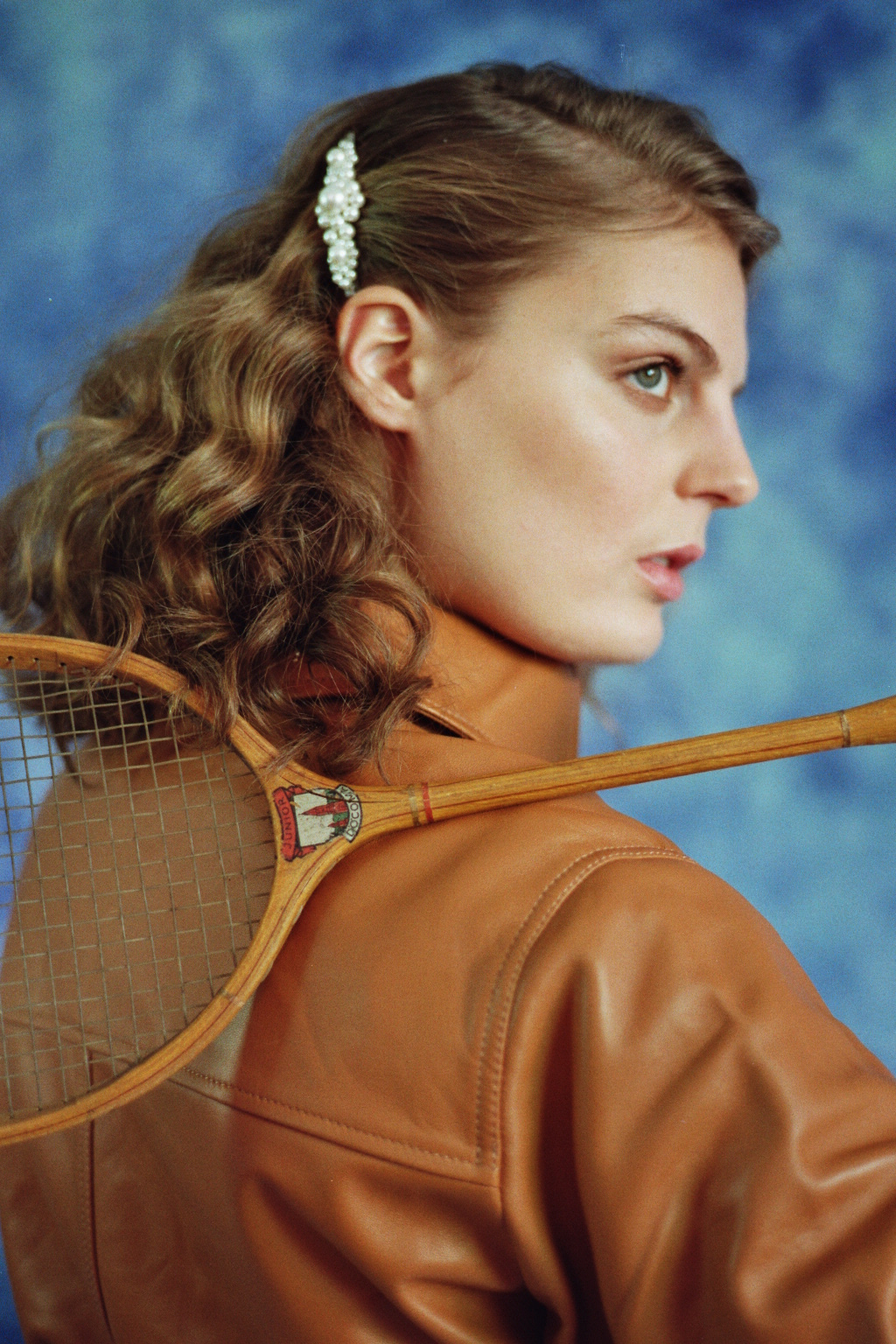 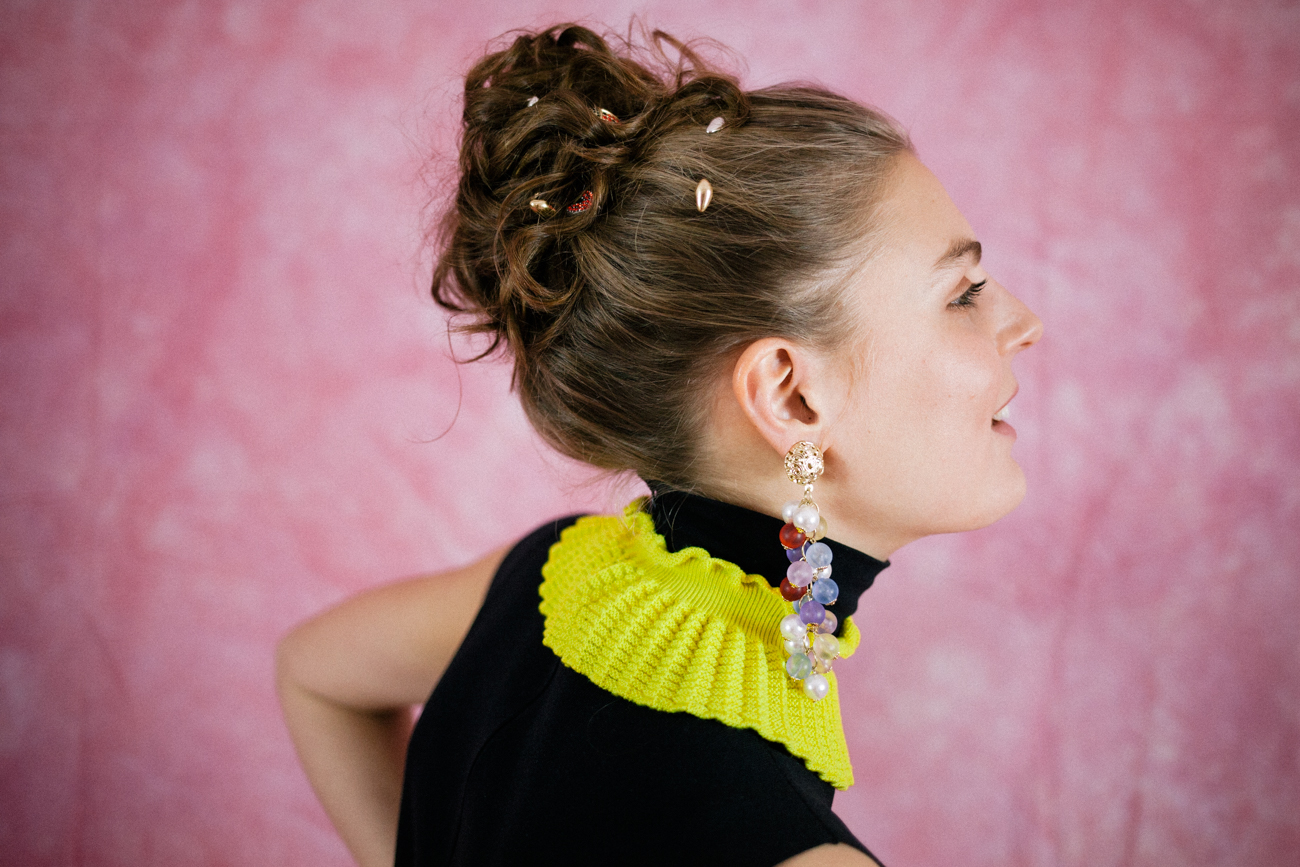 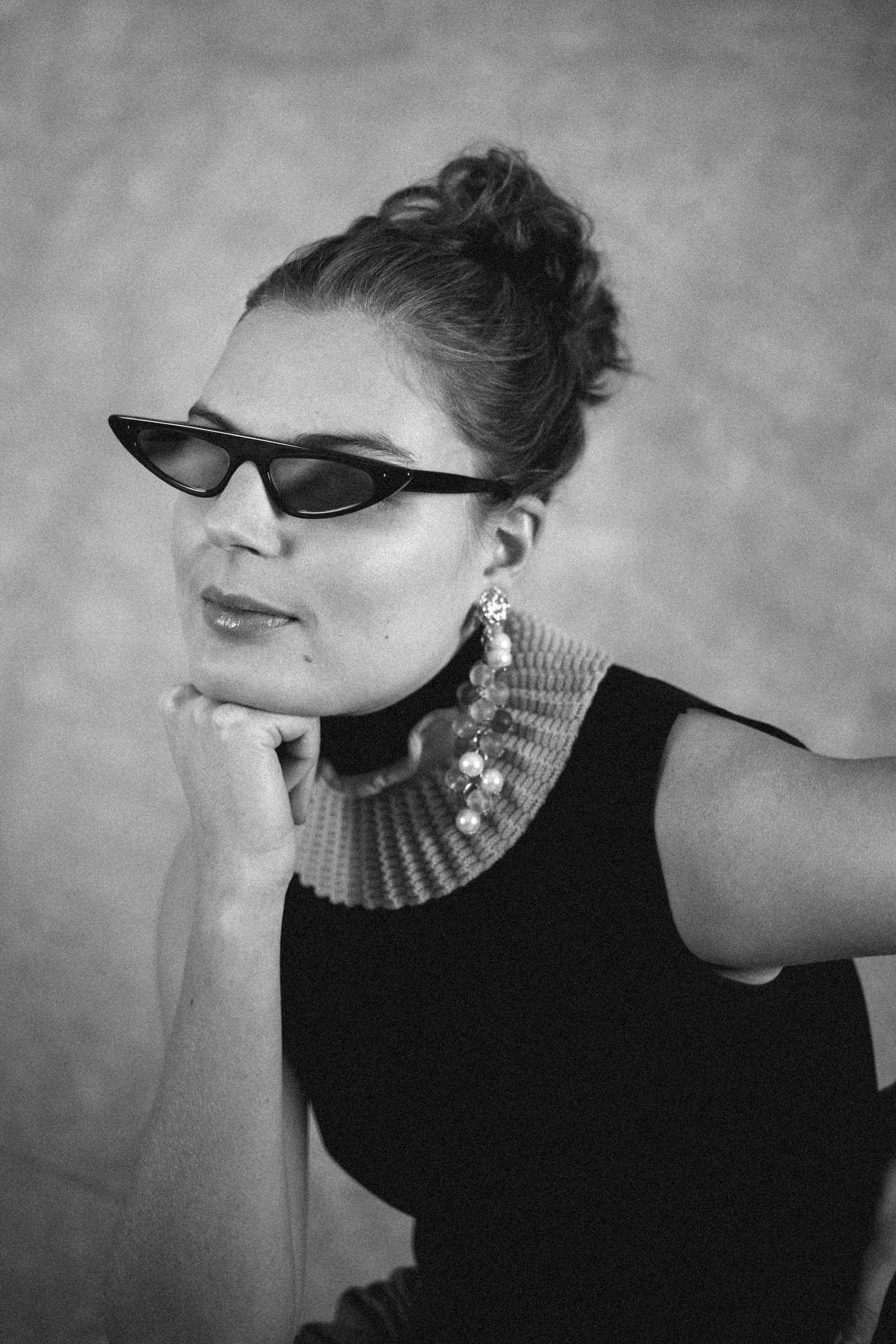 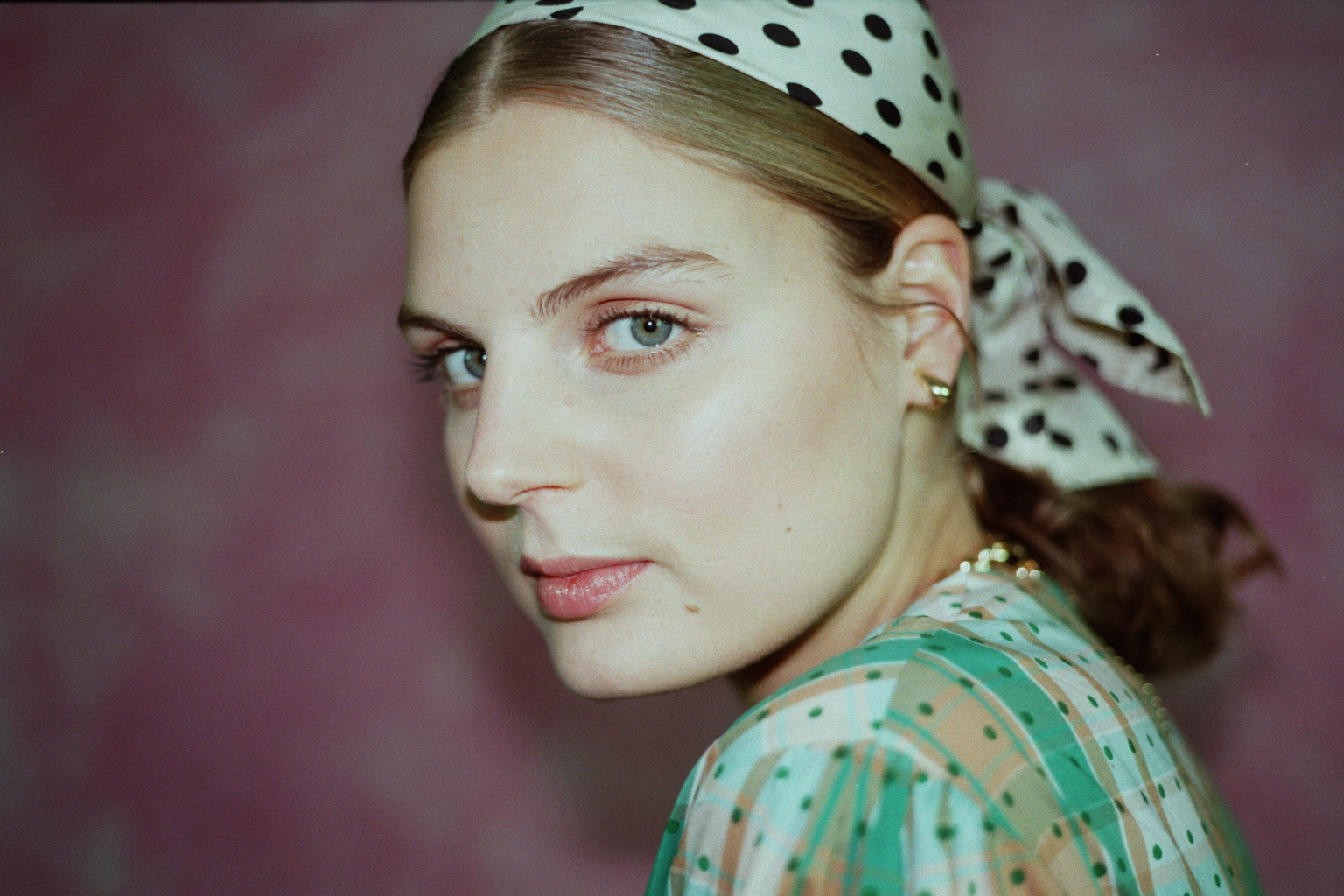 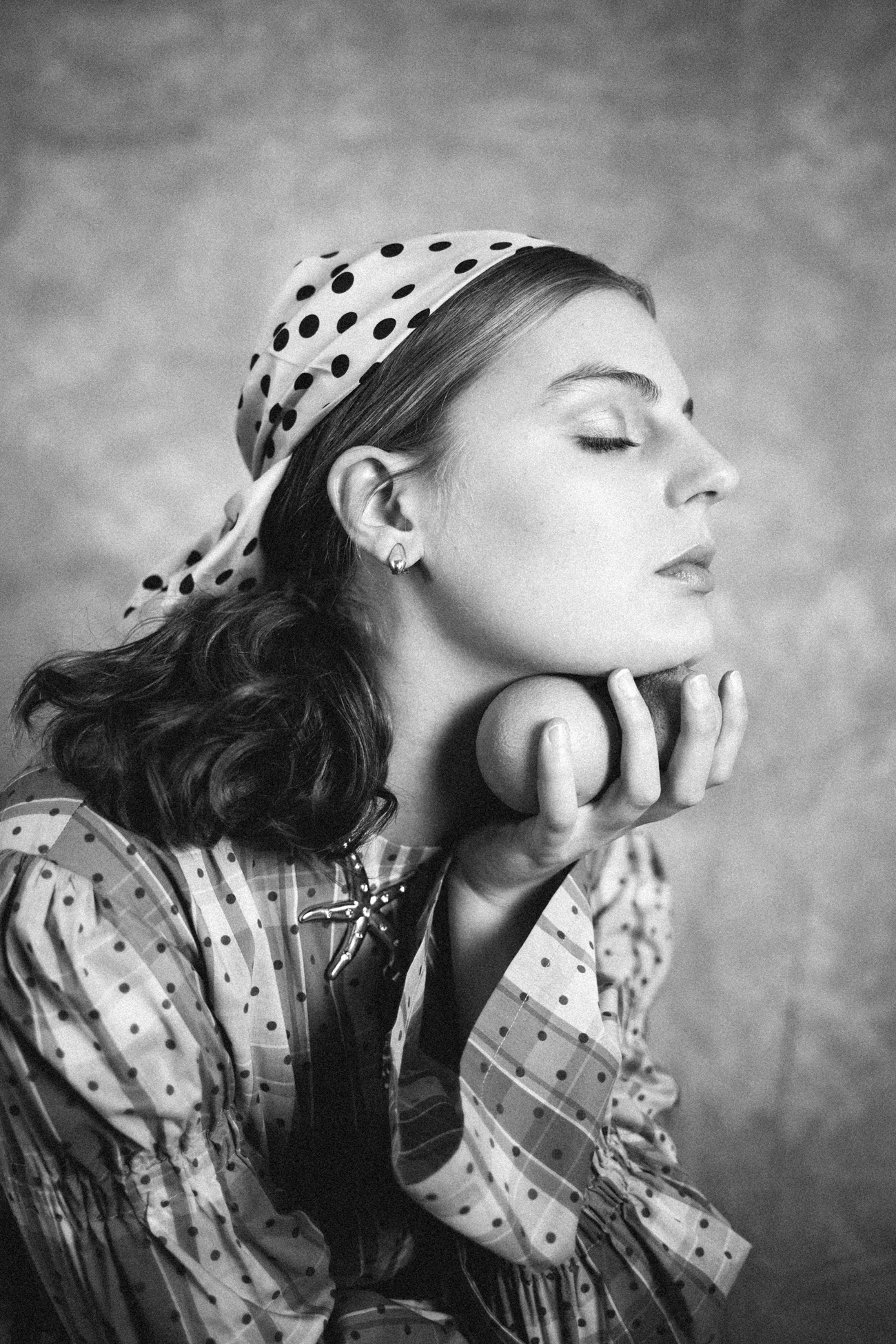 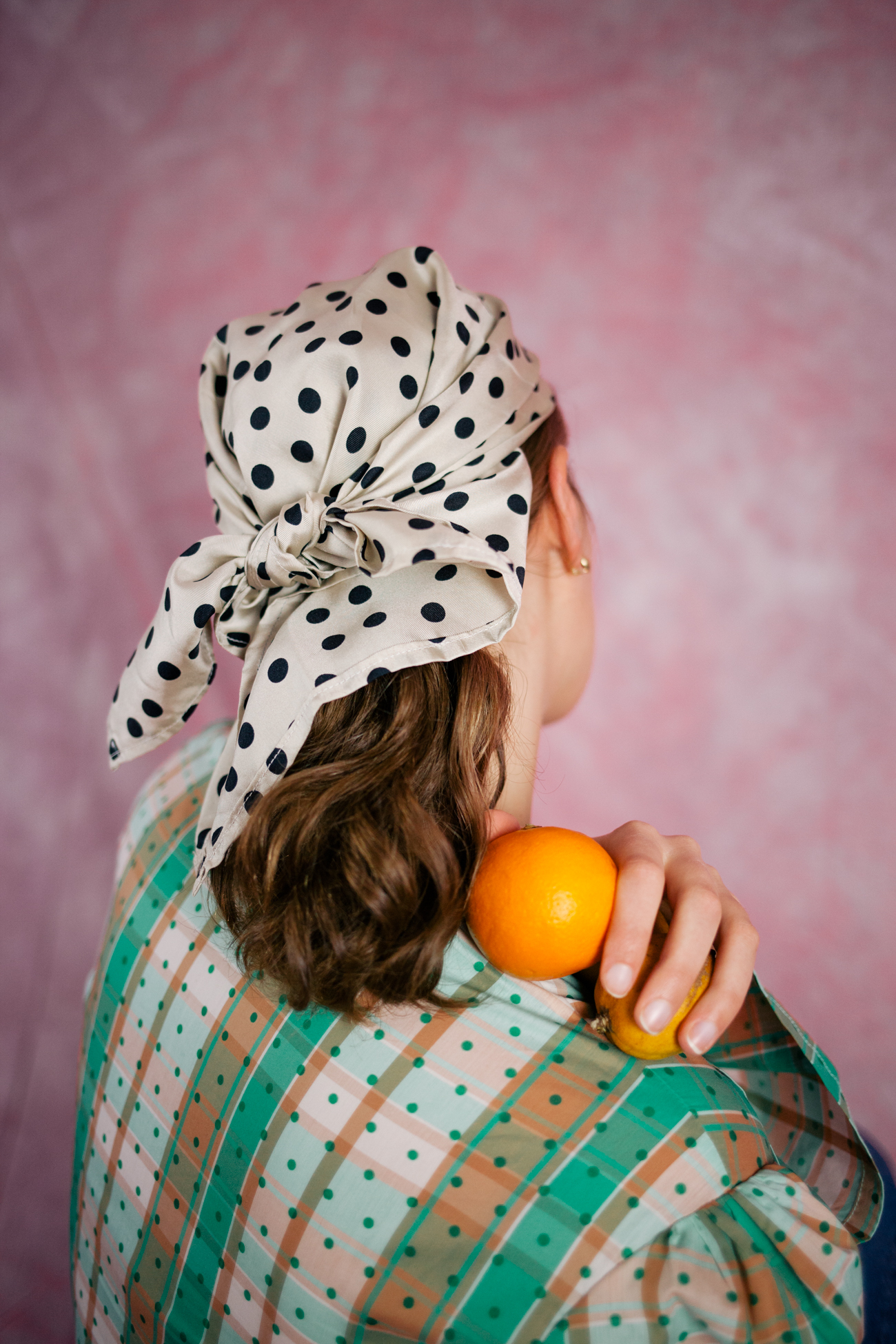