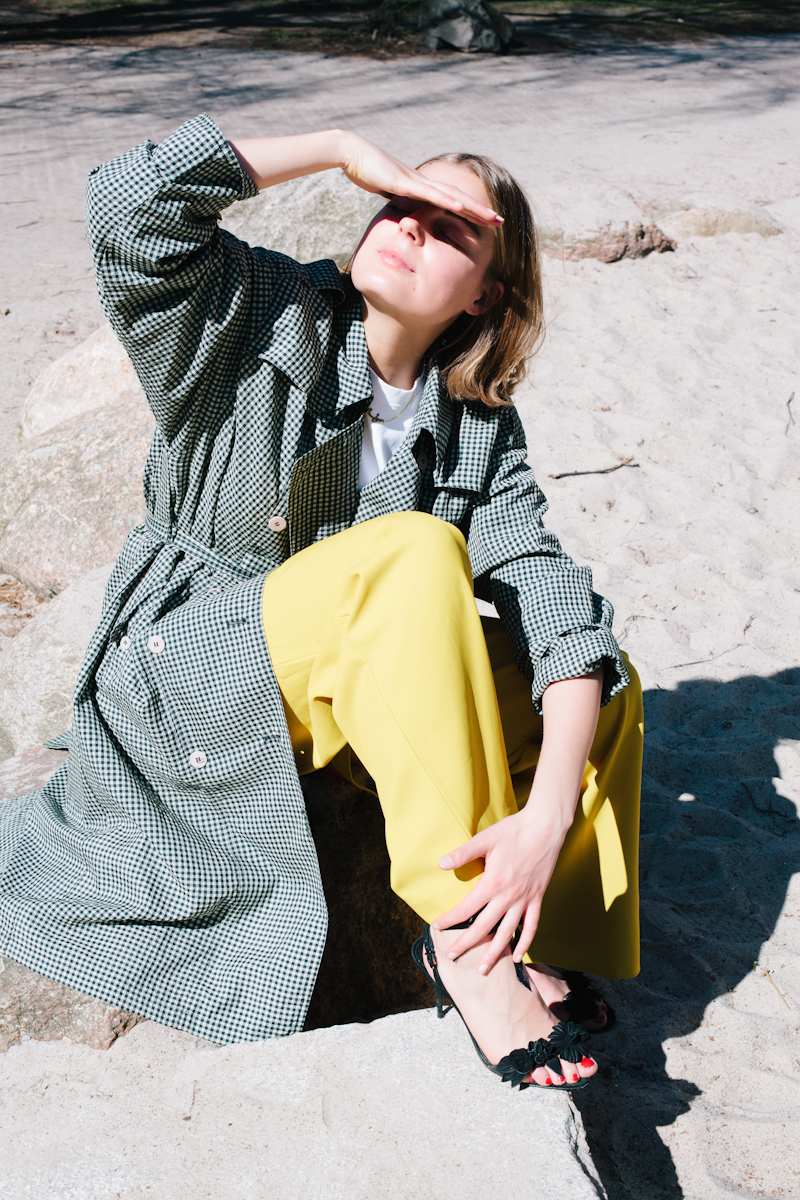 This story originally appeared on Man Repeller. All pictures by Jessica Barthel

I met my boyfriend at the office. We were both interning at a big German newspaper, I in the style department, he at the political desk. I didn’t notice him at first; he wore Missoni sweaters I mistook for his grandfather’s and had a slightly nerdy air. I walked into that office fearlessly, if not naively: On my second day, I wore a fringed, off-shoulder Marques ‘ Almeida denim top with wide suit pants. The editors, most of which wore black or gray, eyed me suspiciously. The secretaries worried I might catch cold. J. noticed me. “That was a funny top,” he recalled months later when I pressed him to tell me when he was first interested. “You looked like you were onto something. I liked that.”

I was 20 at the time and had never been in a relationship before – a fact I was baffled rather than desperate about. What was I doing wrong? I dutifully swapped palazzo pants for black skinny jeans when I went on dates to avoid confusing my counterparts (I know, very sad). I pretended to be the cool girl who didn’t care (which I wasn’t, which I did). I played the games: not texting back for five days when it had taken the guy three to write “Hi.” And then, dressed more Man-Repelling than the cactus on my desk, I met the man.

The minute I realized J. loved me because I was I and no one else, I swore off black skinny jeans forever. How stupid to think I would only meet the one while disguised as someone who wasn’t me. I decided to never dress for a man ever again. The agreement with myself also stipulated that I would never listen to any man’s comments about my outfit, including my boyfriend.

Then, one day, he peeked over at my laptop screen as I was about to put a pair of mid-heel Chanel slingbacks into my Vestiaire Collective cart. “Those won’t look good on your feet,” he said, casually. “You think so?” I replied and entered my credit-card number. “You’re too tall and your feet are too big for that kind of slingback.” I clicked “Confirm.” He obviously didn’t know what he was talking about. In fact, it had to be a good sign that he didn’t like the shoes; that meant they had to be cool. Men, I was convinced, only gave “style advice” in their own interest, suggesting anything short, tight and low-cut. In other words, anything sexy and boring. According to that logic, clothes men didn’t approve of had to be exciting.

The slingbacks arrived. I resold them three months later. They fit, but the slings were too delicate and the sole too narrow for my broad feet. Did my boyfriend know more about shoes than I?

I casually started asking him for advice. Nothing too blatant – the last thing I wanted was him thinking I dressed for his pleasure. I never did and I never have. It just slowly started to dawn on me that I’d found a man with pretty good taste. He isn’t interested in fashion – we won’t discuss the Céline show in detail after I come home from Paris Fashion Week – but in style. He searches eBay for vintage Missoni sweaters. While the whole of Berlin dresses in navy and black, he wears yellow Converse sneakers with old Levi’s jeans and a patterned cardigan. He’s the only man I know who can pull off white jeans without looking like he’s on his way to a property-owner meeting in St. Tropez. He hoards a good number of rare trophies in his small wardrobe: a pinstripe Yves Saint Laurent suit, a vintage Dior trench, a three-Euro suede bomber he found in a smelly Parisian thrift store. His idol is Cary Grant. I wish I could show you a picture of him wearing his knitted Tom Ford tie, but he’s shy (or playing hard to get, I don’t know).

I also learned he loves a lot of my clothes one would place in the Man-Repelling corner. It was he who encouraged me to purchase a pair of ultra-wide denim culottes with snaps down the legs. The best thing I bought last year was an oversize shearling flight jacket from 1974 – we were digging our way through a vintage store in Paris and I found it in the men’s corner. “You look like a rocker,” he said as I tried it on. “Buy it!” On the other hand, thanks to his immunity to trends and hype, he’s kept me from buying a lot of crap I thought I needed but actually only took home to impress my fashionable girlfriends. “Interesting,” he said, always the diplomat, when I once presented him a pair of cropped jeans with denim suspenders. “But you kind of look like a toddler.” Coming from a family where the only man in the house – my dad – used to cheat the gallows by saying something innocuous like “blue” or “long” when asked for his opinion on an outfit, I consider comments like that immensely helpful.

Don’t get me wrong: I love the idea of being a Man Repeller, I really do! When I was walking through London recently, a man came up to me to tell me I looked “sexy” and that he’d like to get to know me. I was horrified. I like to dress in a feminine way, but it doesn’t give me confidence if a man tells me he thinks I look “sexy.” I don’t want to be anyone’s object of desire. I dress for myself and no one else. It’s just that the man that happens to be my boyfriend is great at assisting me with this.

When I started working at the magazine I’m a staff writer at now, a female colleague warned me not to trust any of the men I was going to work with as they would only act in their own interest. If they gave me a piece of advice, I was likely not going to benefit from it. I certainly know that there are men out there who try to minimize their colleagues, especially the women. But female bosses can be pretty dominant, too. Throughout my life, I’ve been lucky to meet a number of great men – my father, my grandfather, teachers, experienced journalists, bosses – that were immensely valuable in helping me progress, both in life and in my career. It isn’t necessarily a sign of weakness to listen to a man’s opinion. And it doesn’t make you a bad feminist if your boyfriend likes what you’re wearing, and if you like that.

Last Christmas, J. gave me my first Missoni sweater. The brand had never been on my map until I met him. I always thought Missoni was a bit wacky and eccentric; not what modern women wore. Now I love it: the jazzy colors, the luxurious fabrics, the happy patterns. I’m not wearing it because he wants me to. I’m just open to his ideas. 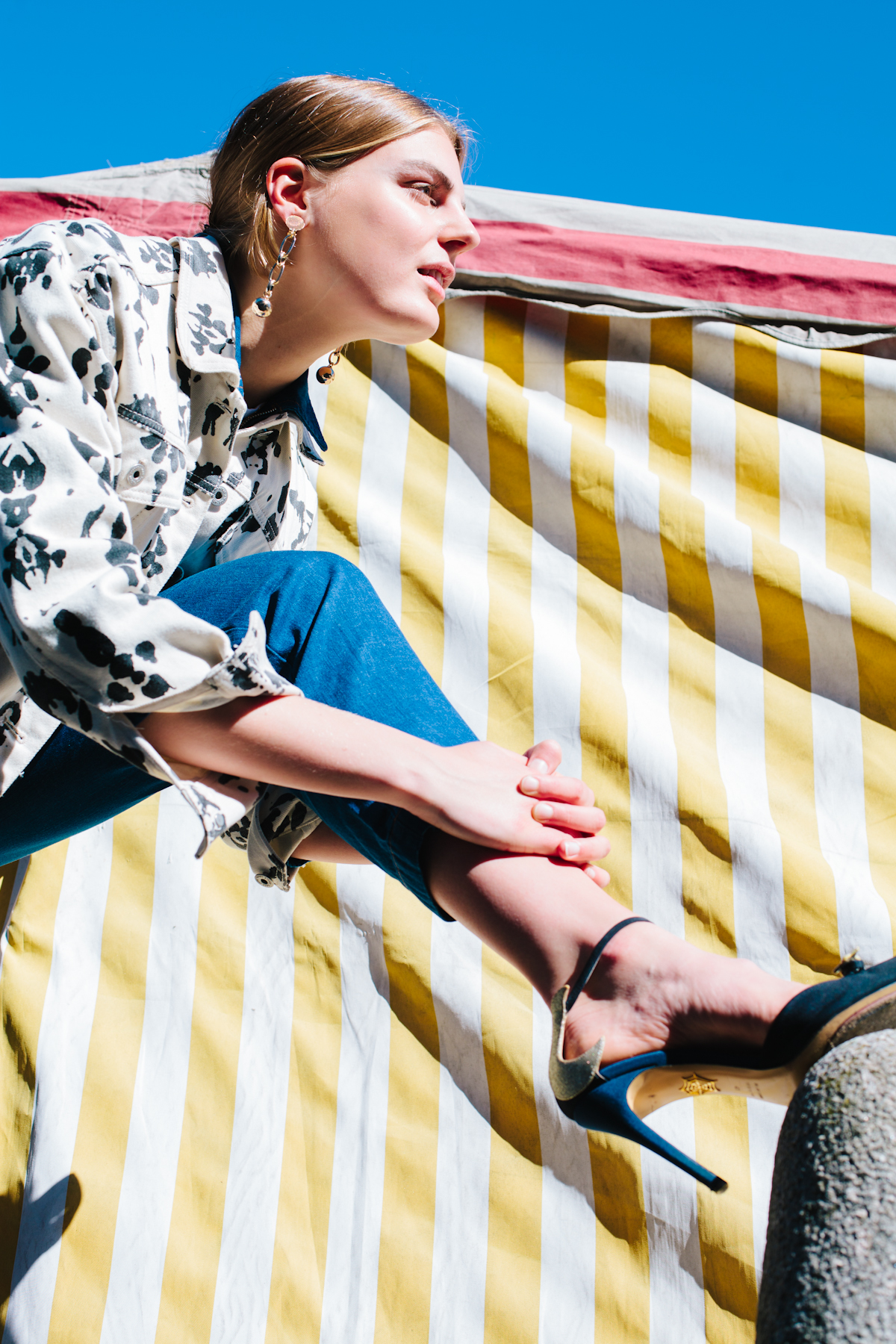 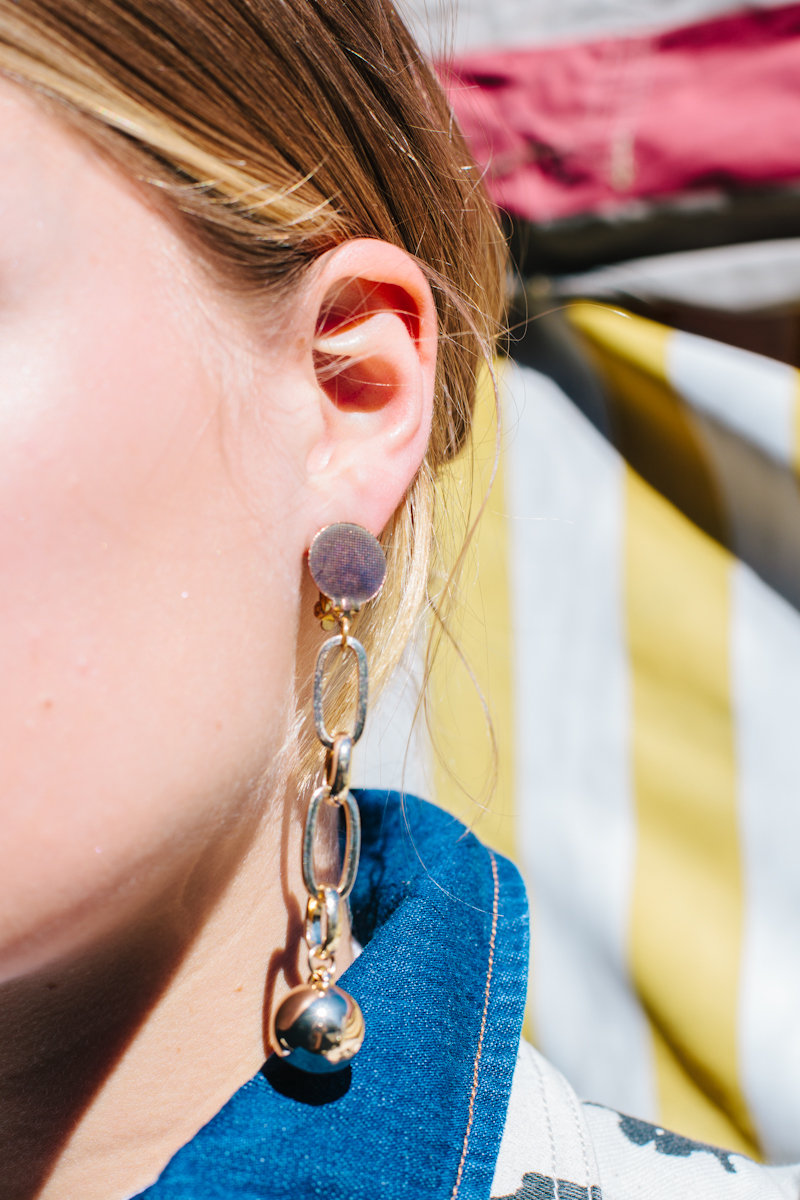 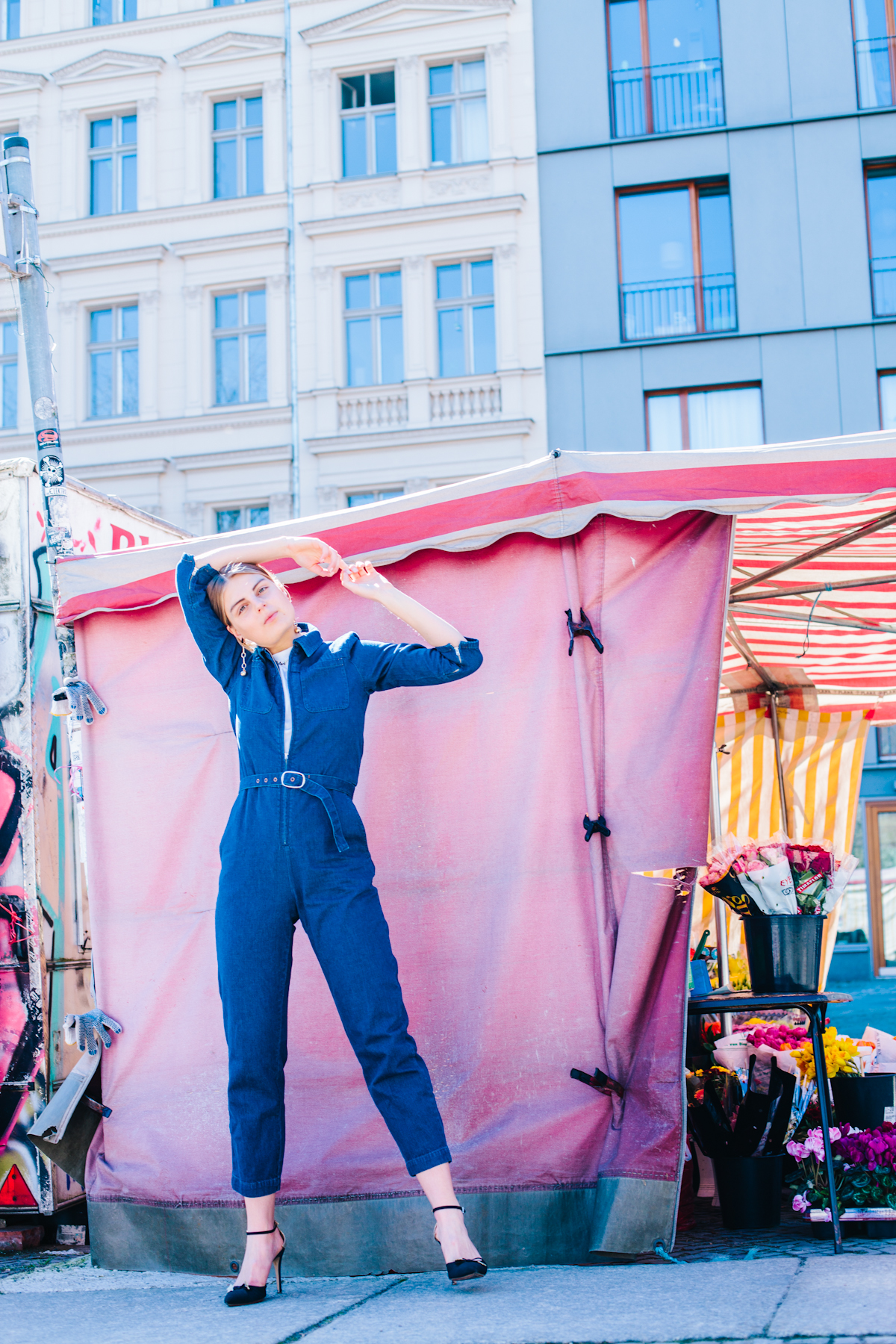 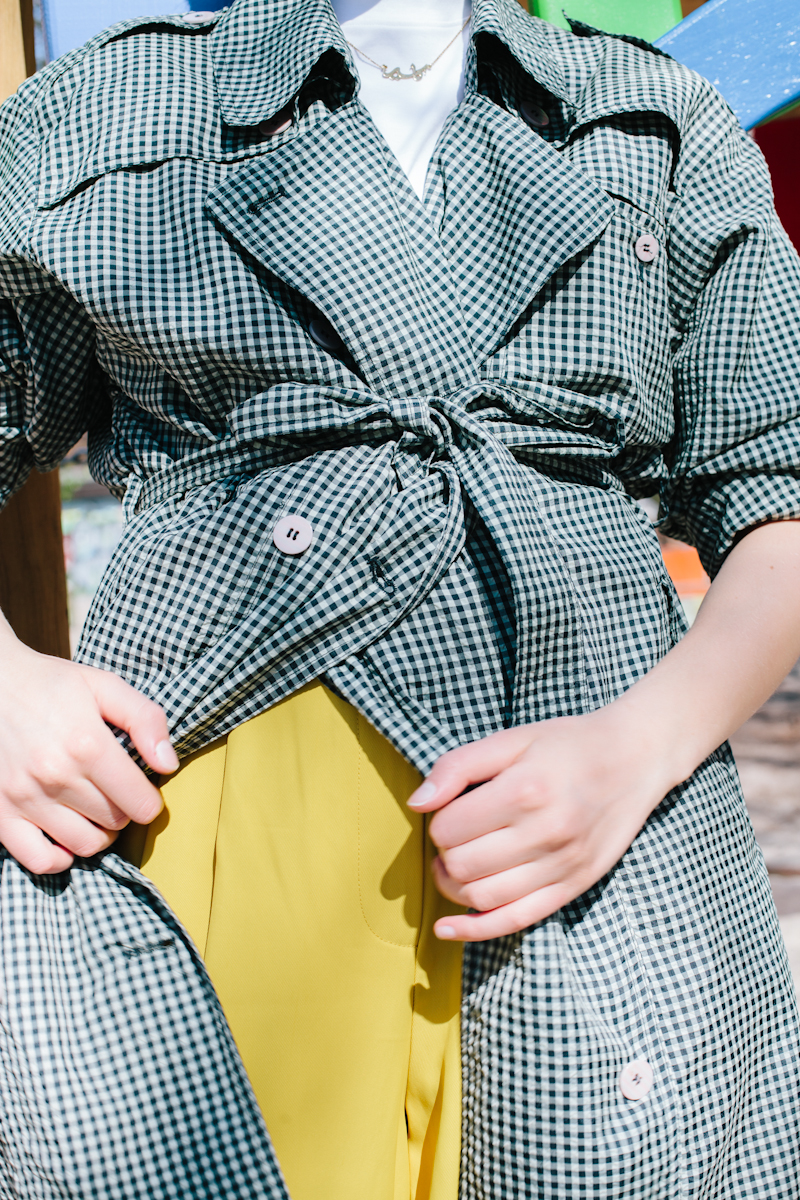 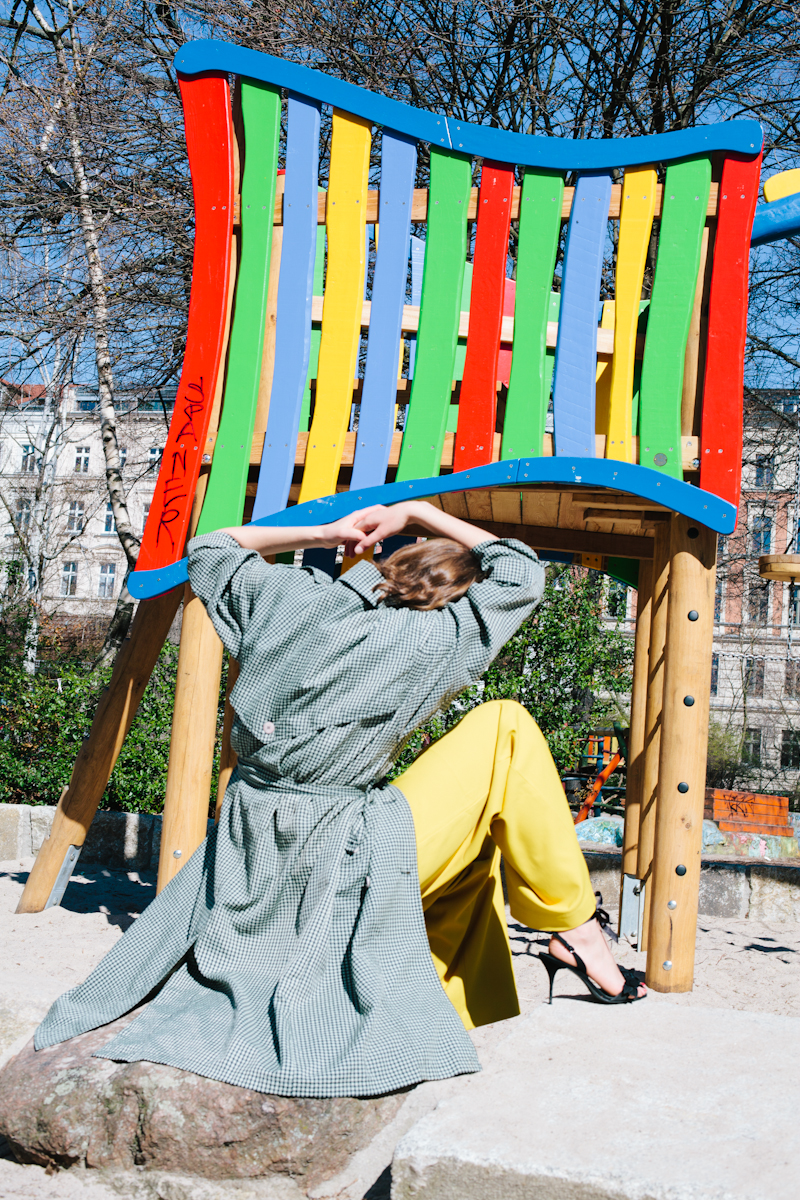 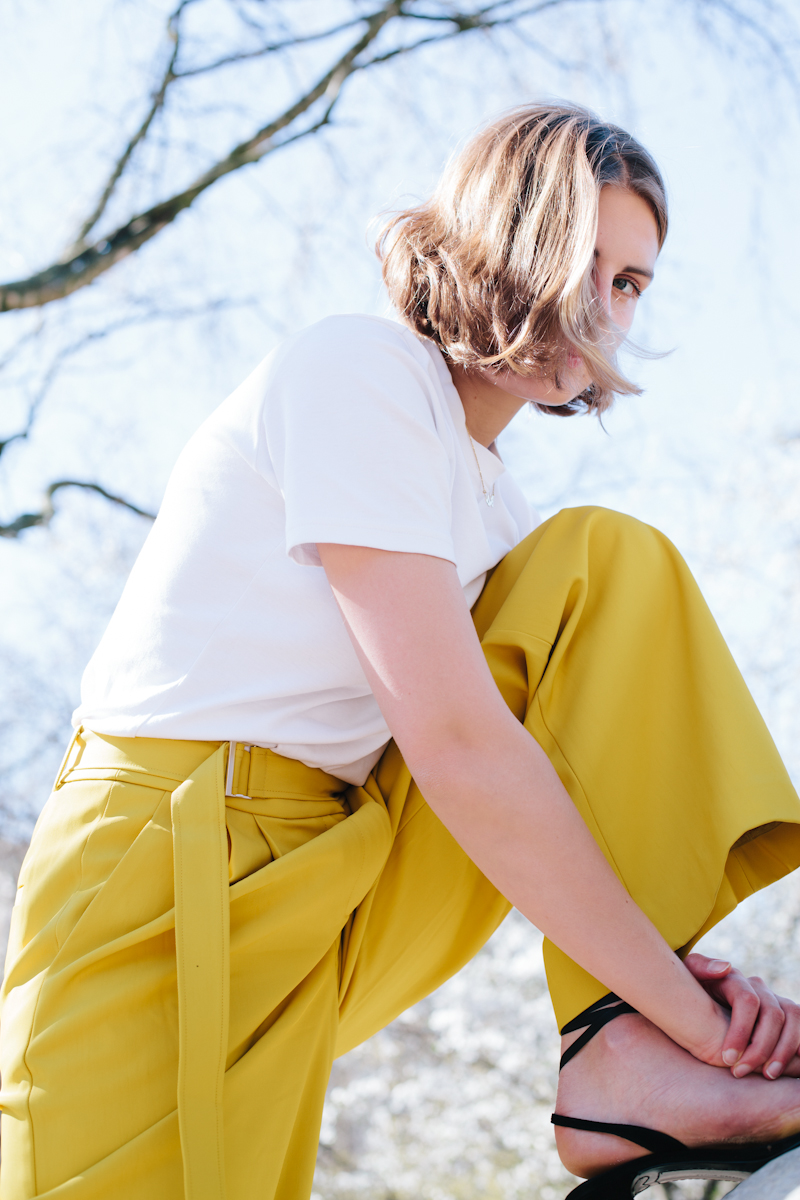 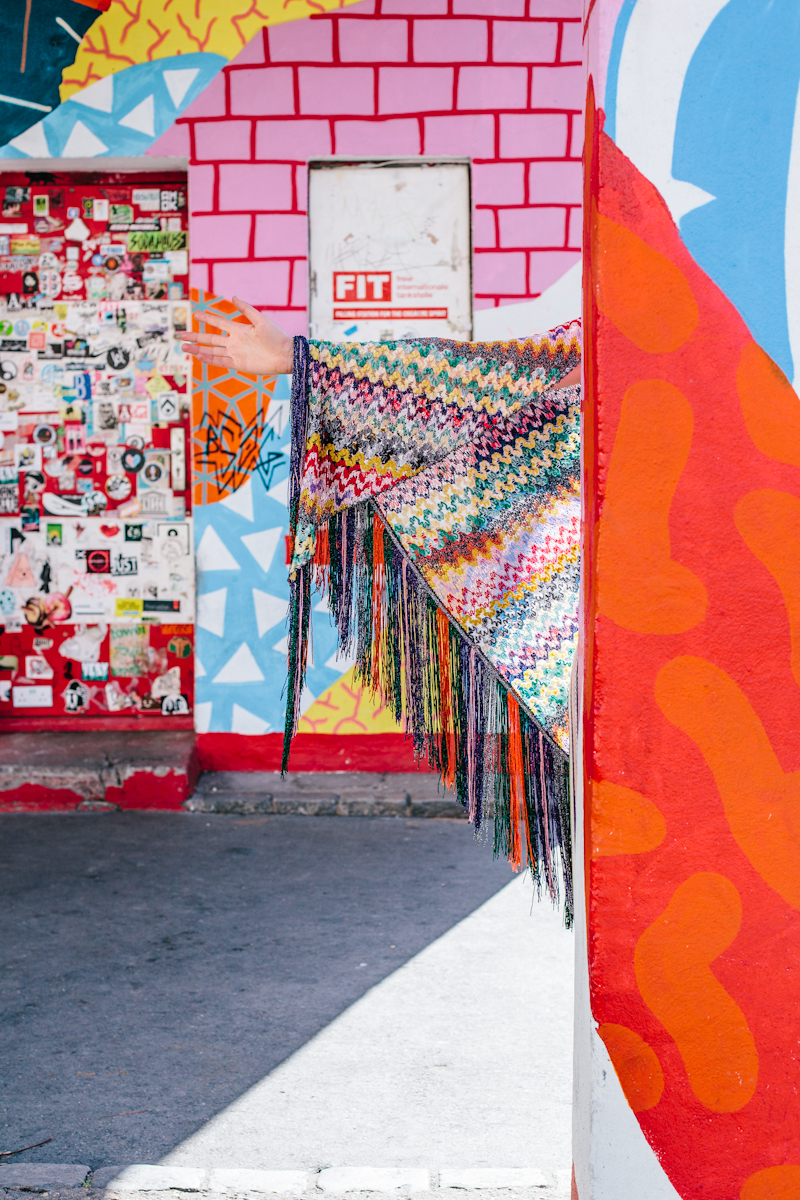 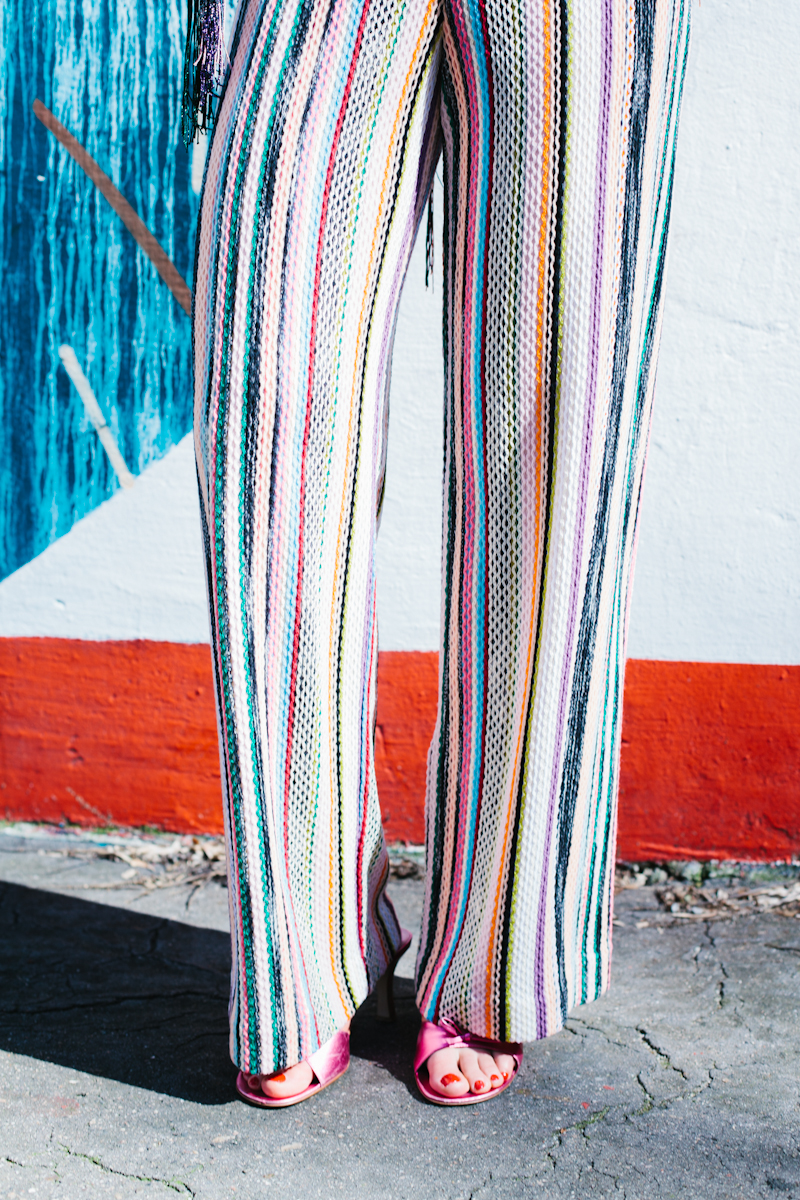 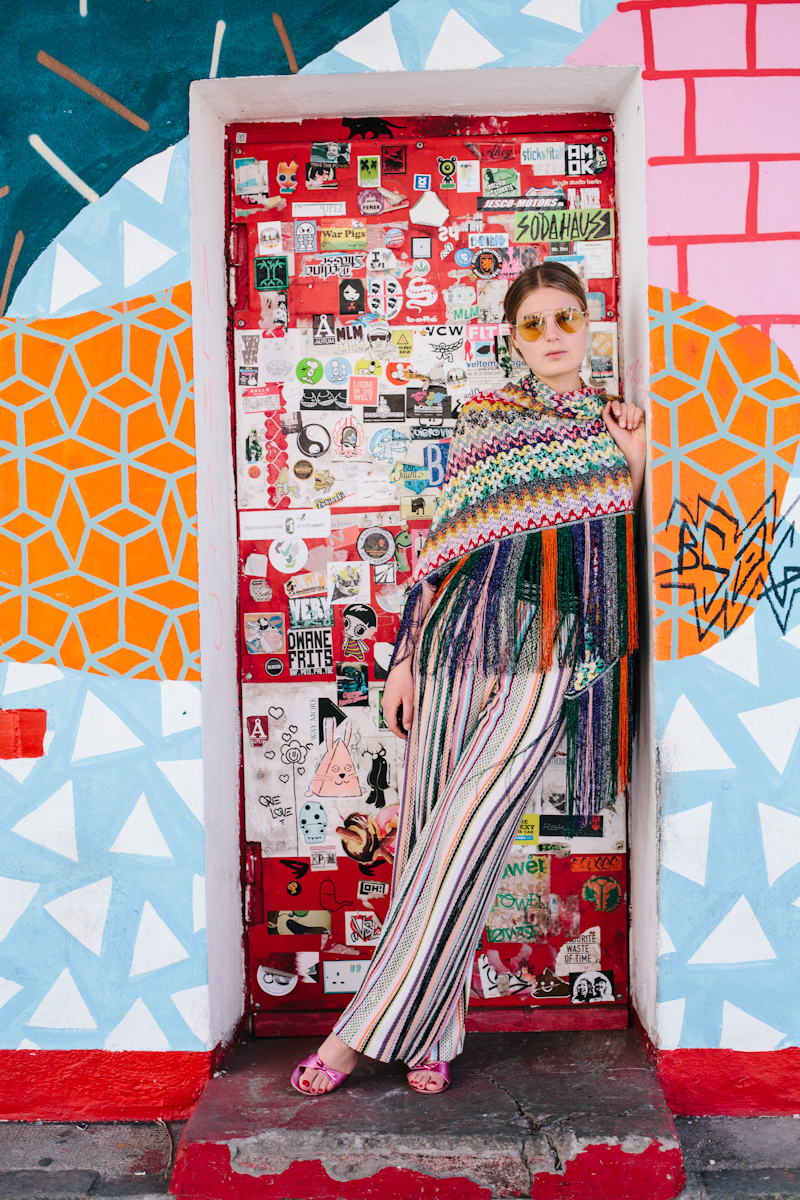 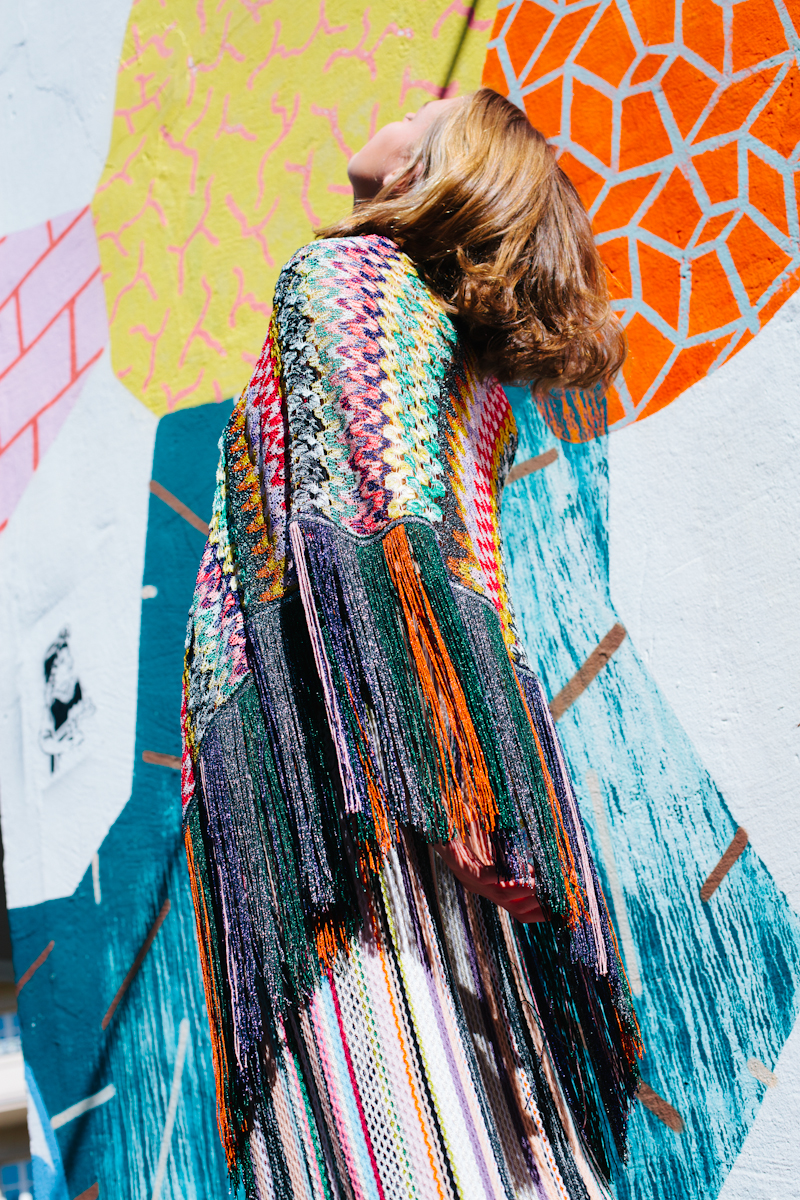 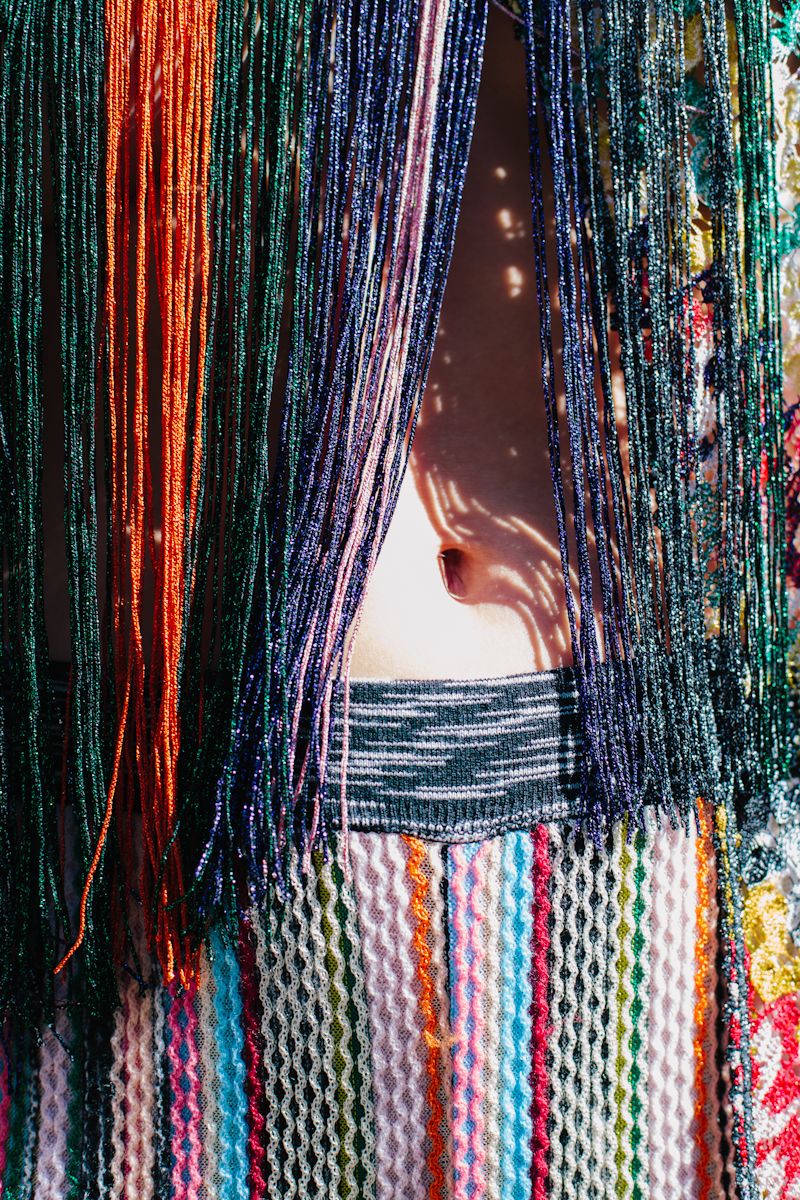