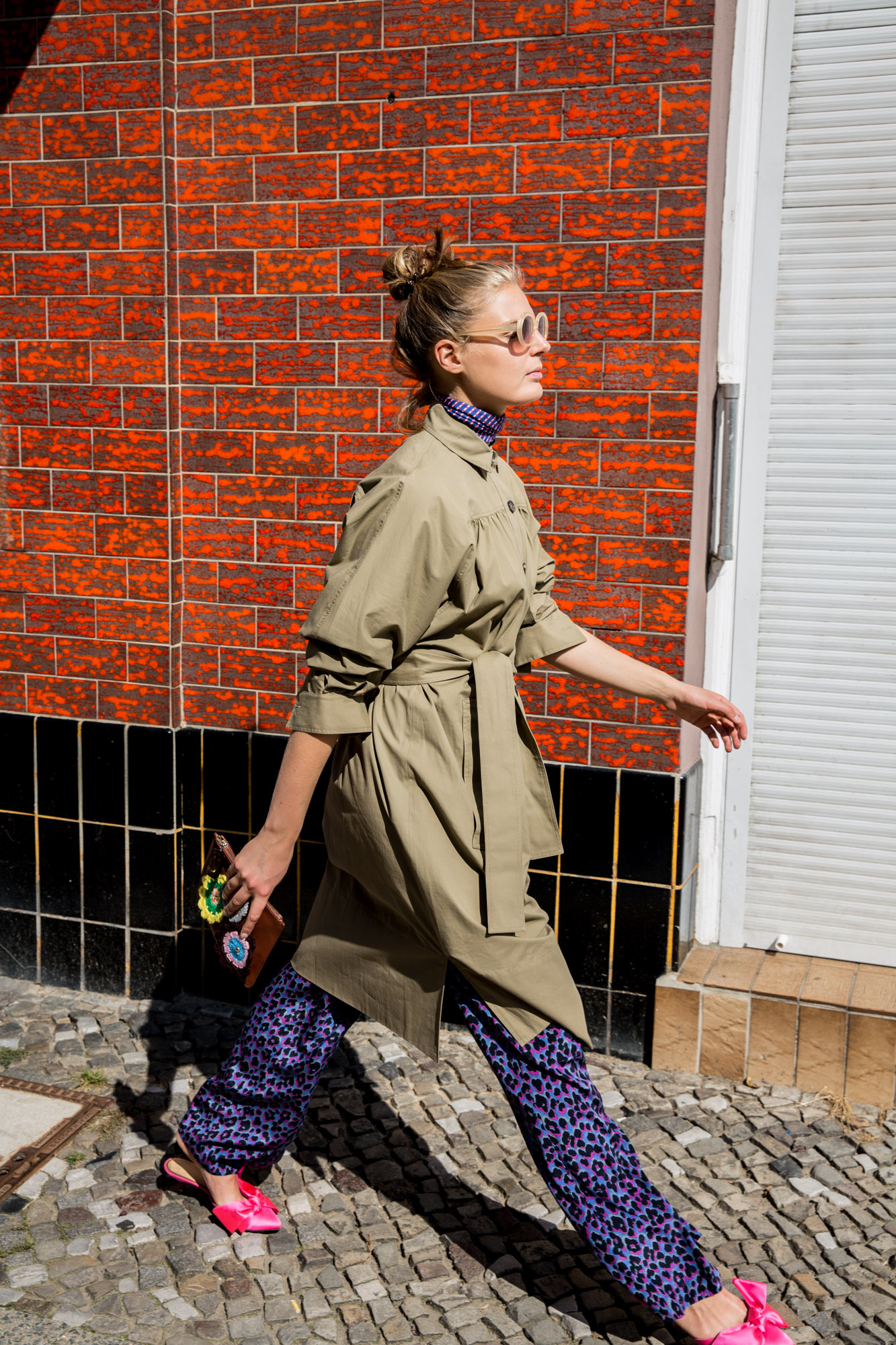 This story was written for Man Repeller. Pictures by Julia Zierer

From the moment my neighbor’s cat Dromedar bit me in the leg, I knew I was not a cat person. I’ve lived with a dog named Vitus for over a decade, and one of the many wonderful things about life with him is that Vitus, unlike Dromedar, has always been so predictable. I know that he’s happy when he wags his tail, bored when he rubs his back on the lawn and sad when I’m eating and he’s not. Cats, however, are a quadrupedal mystery to me. I never can tell if they want to play or eat me. Snarling, I’ve heard, is their way of saying they’re feeling great. How can you trust that? Whenever I say hi to a cat, it eyes me dismissively from head to toe, then jumps out of the window. Cats, I’ve always found, are such weirdos.

It was fashion that made me rethink my relationship with the feline. This summer, Christopher Kane dedicated a part of his collection to the most notorious cat of all, the leopard. Before that point, I stayed away from leopard print as cautiously as I’d avoided Dromedar. (Have you ever wondered what impact early childhood trauma might have had on your taste in fashion?) I used to find leopard print to be somewhat aggressive. But with that genius S/S 2017 collection, Christopher Kane put it into a completely new context. There was a beautiful jacquard leopard print coat paired with sheer tights and Crocs; a slit leopard print skirt worn under an iridescent tweed jacket; a transparent leopard print raincoat embellished with crystal stone buttons. Christopher Kane proved that leopard print is not predatory, but supremely interesting and yes, weird, but in a positive and profound way. When I tried on that divine rain coat for the first time, I couldn’t help but think of Dromedar. Had his attack simply been a misunderstanding? What did he want to tell me with that bite?

Mark Twain once said that if animals could speak, “the dog would be a blundering outspoken fellow; but the cat would have the rare grace of never saying a word too much.” Below, four outfits that honor the wonderful weirdness of the wildcat. 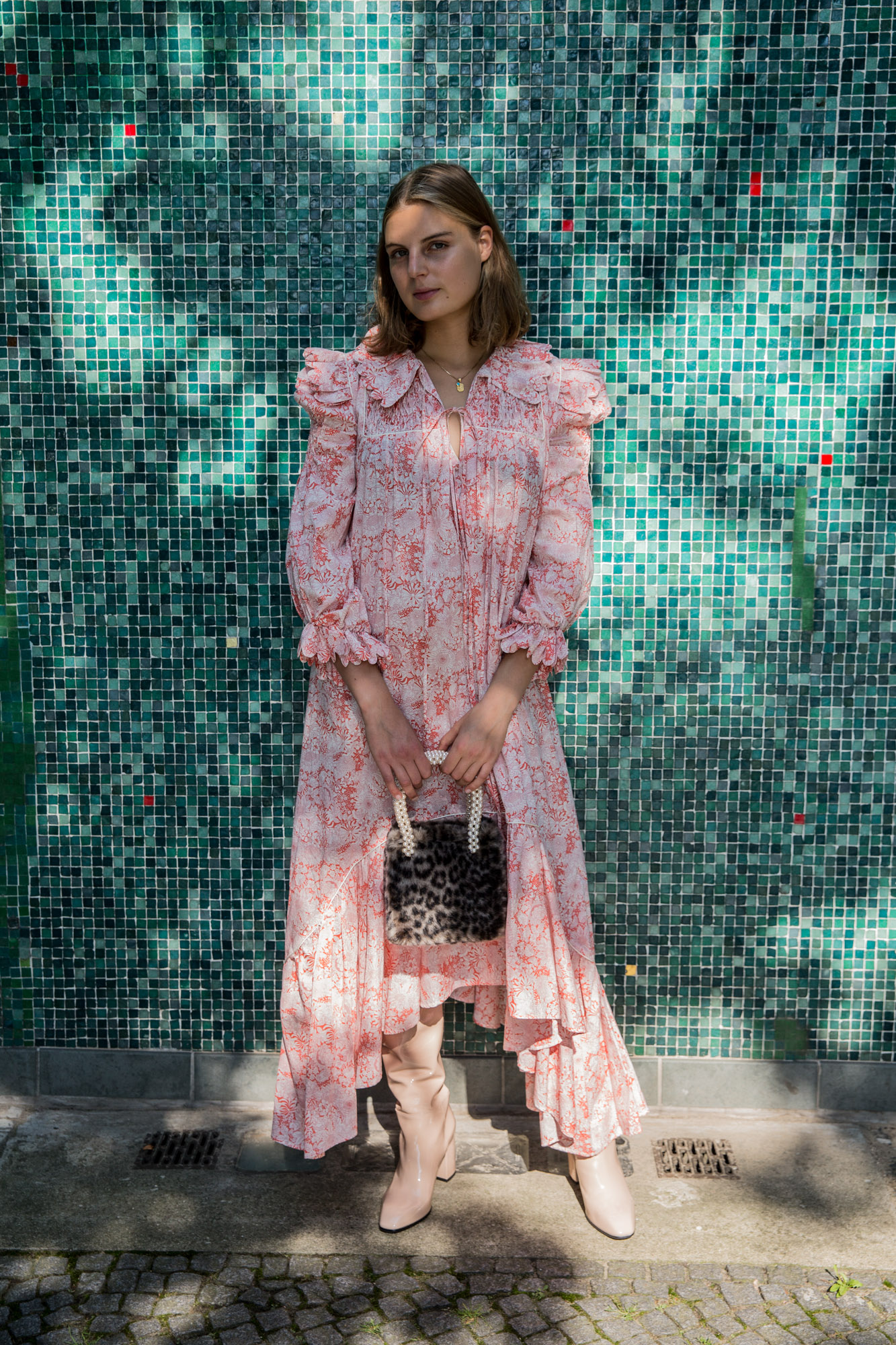 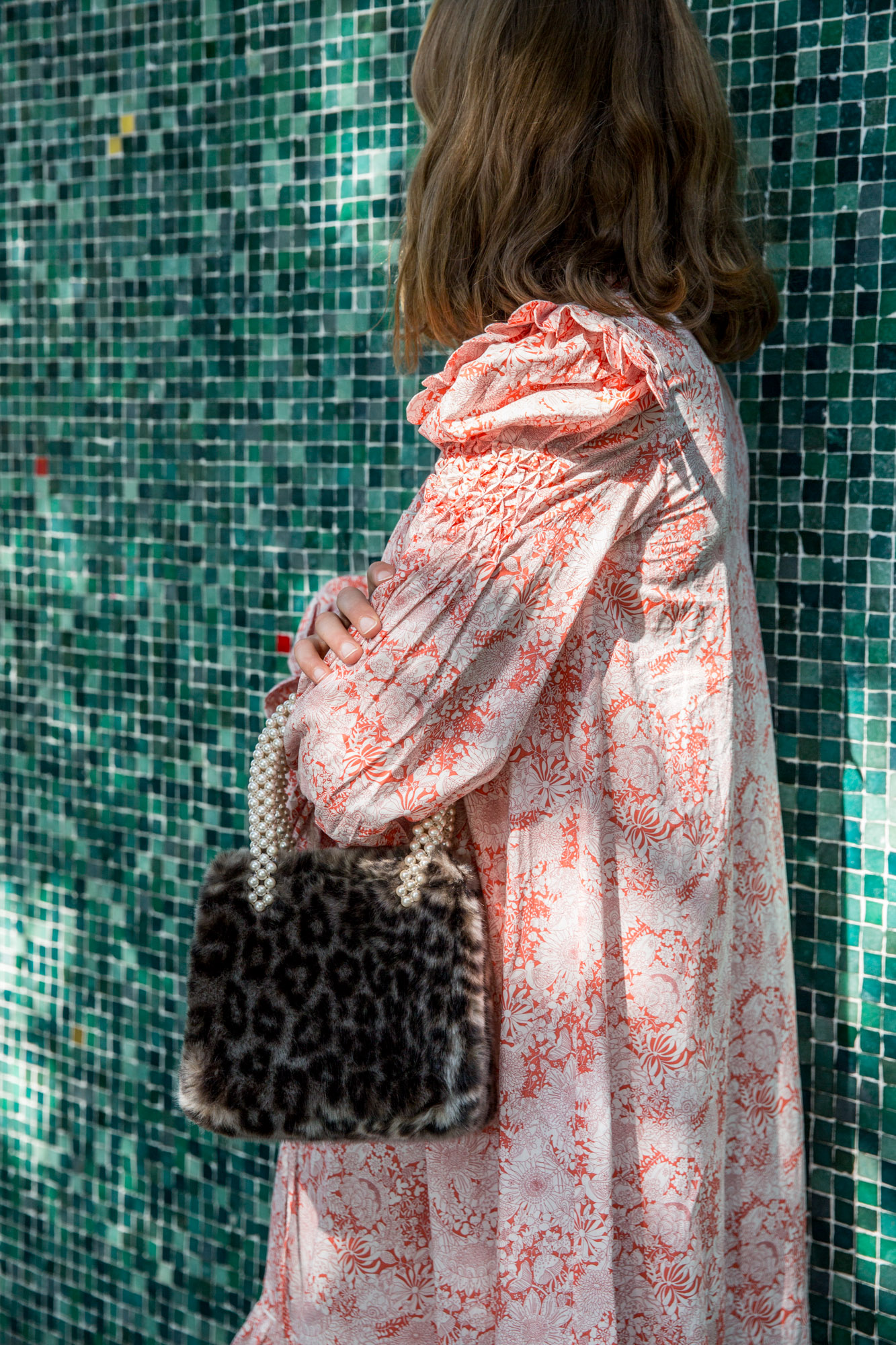 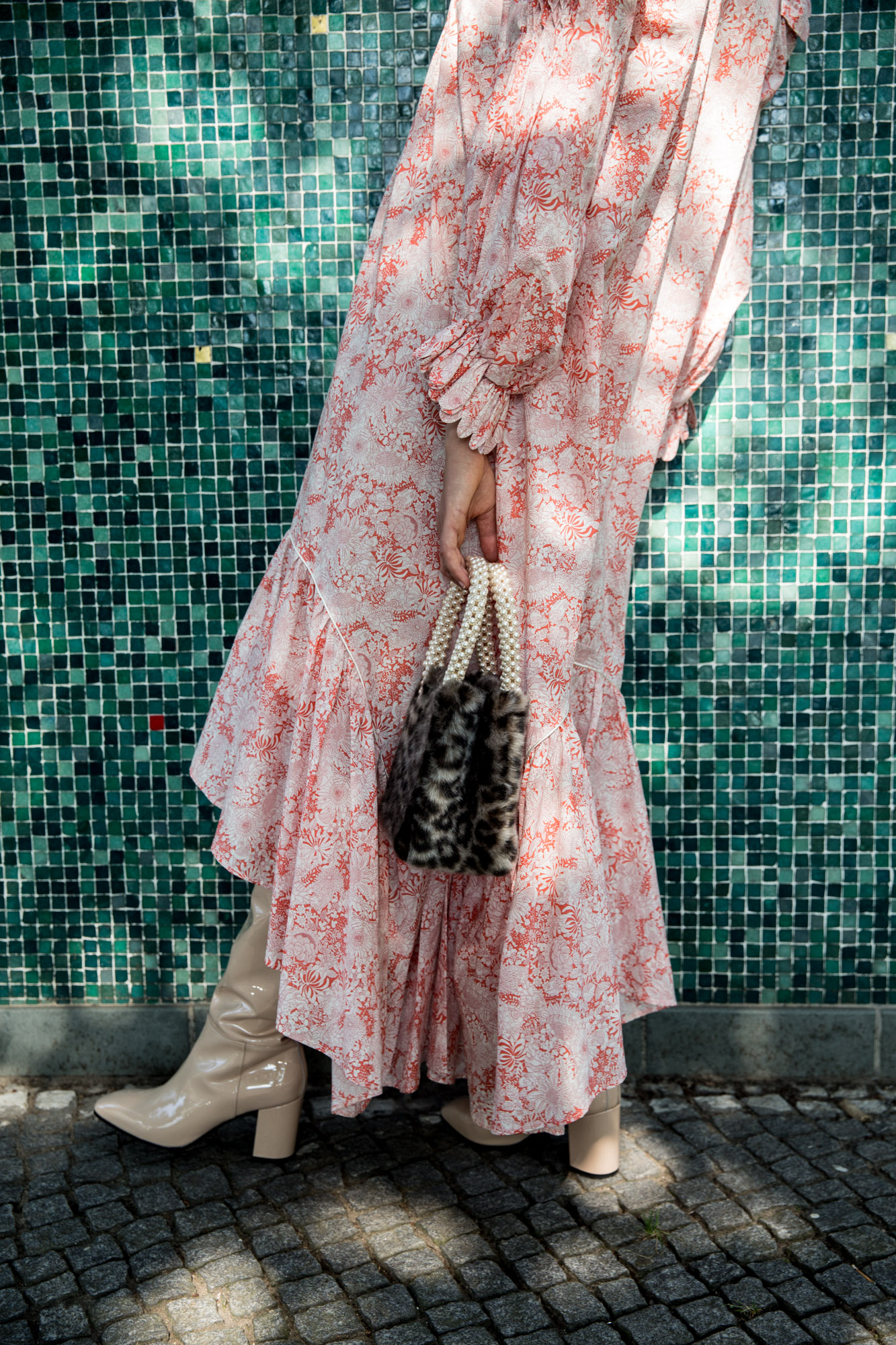 For this installment, I introduced the leopard to a floral nightdress. Pearls and patent leather boots joined in, and the nightdress was ready for its first night out. 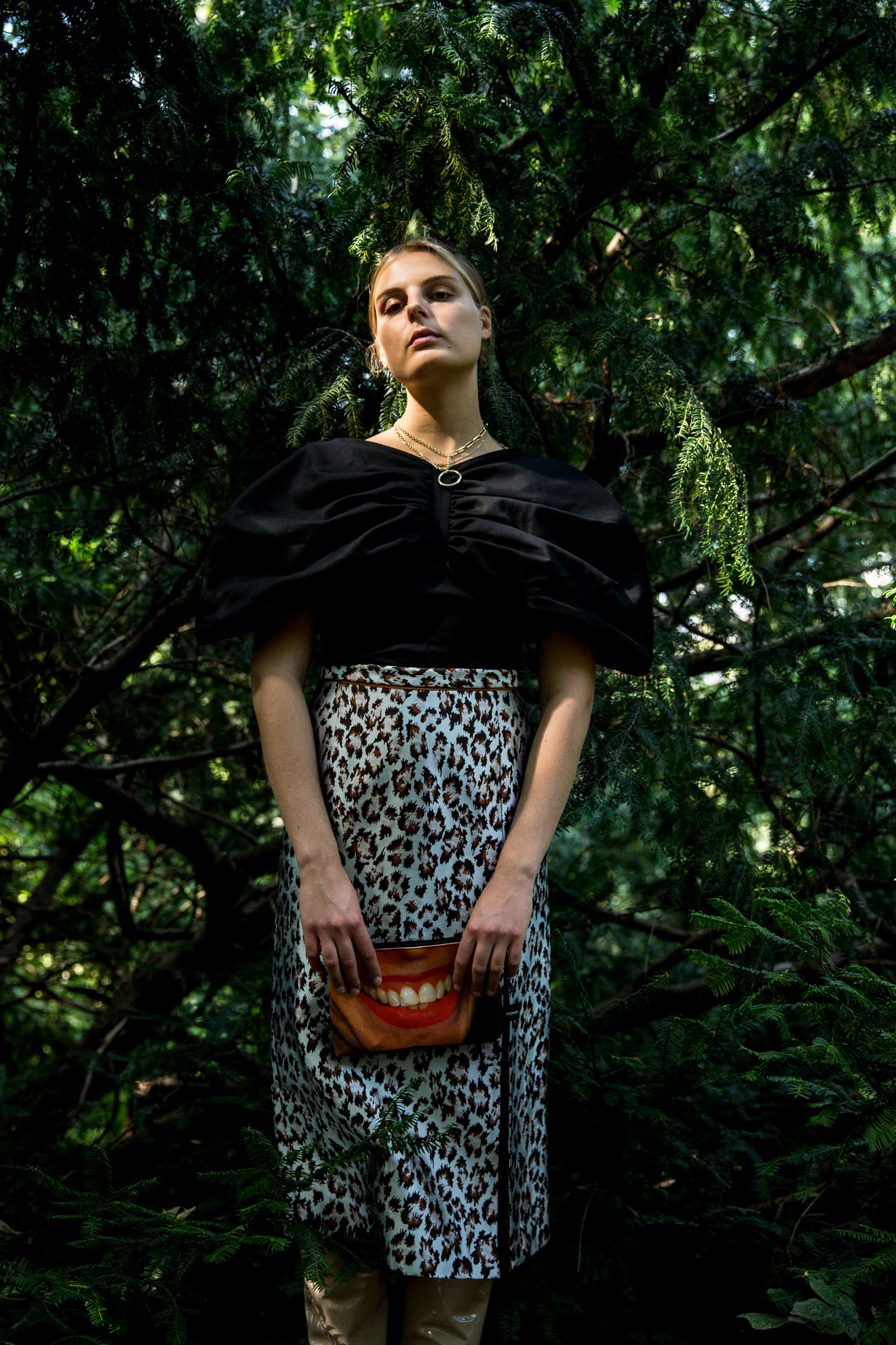 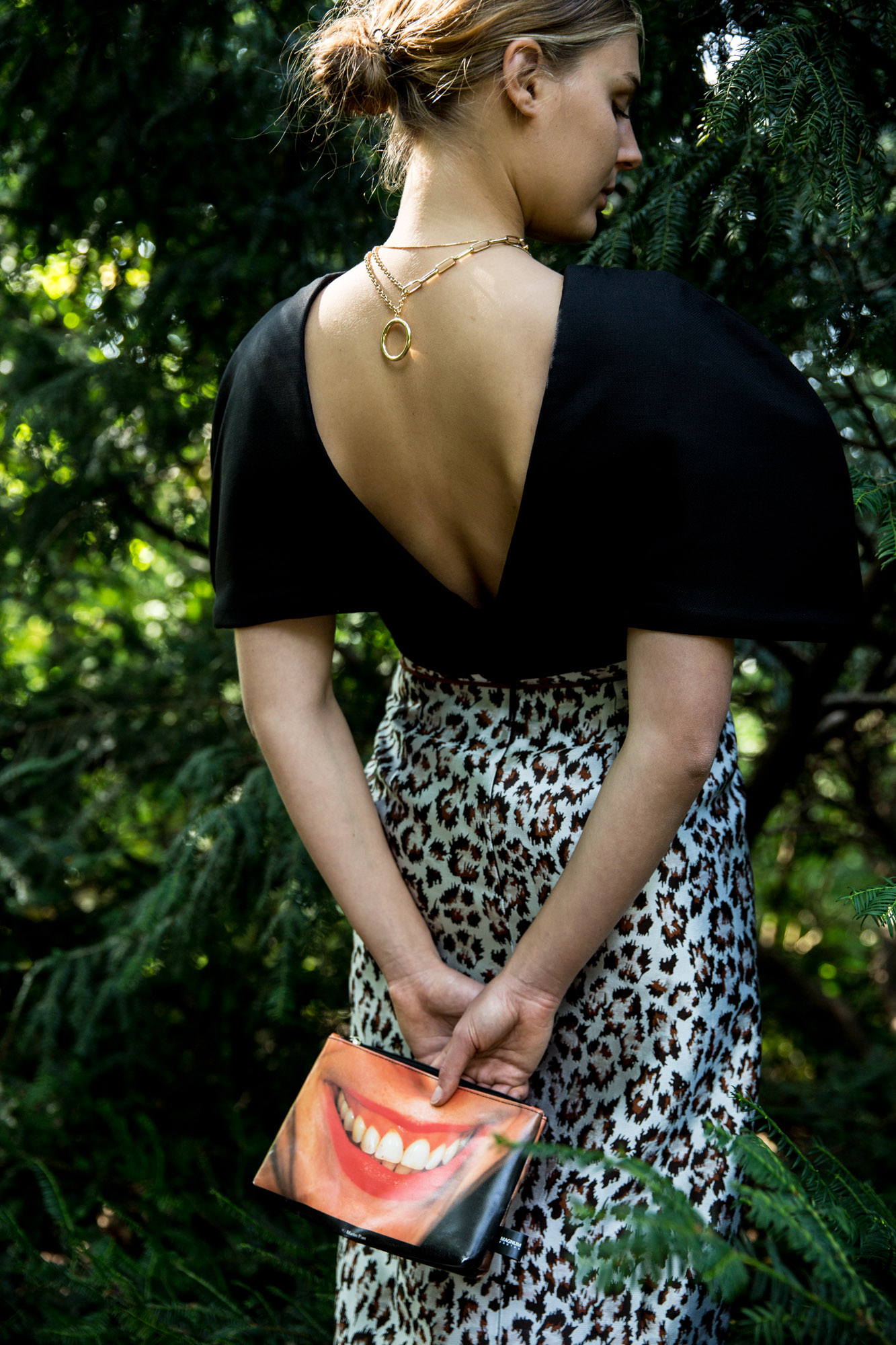 As the leopard and I entered the covert, I figured it would be a smart idea to take out my cool new clutch featuring a bared-teeth display to intimidate natural enemies that may cross our way. 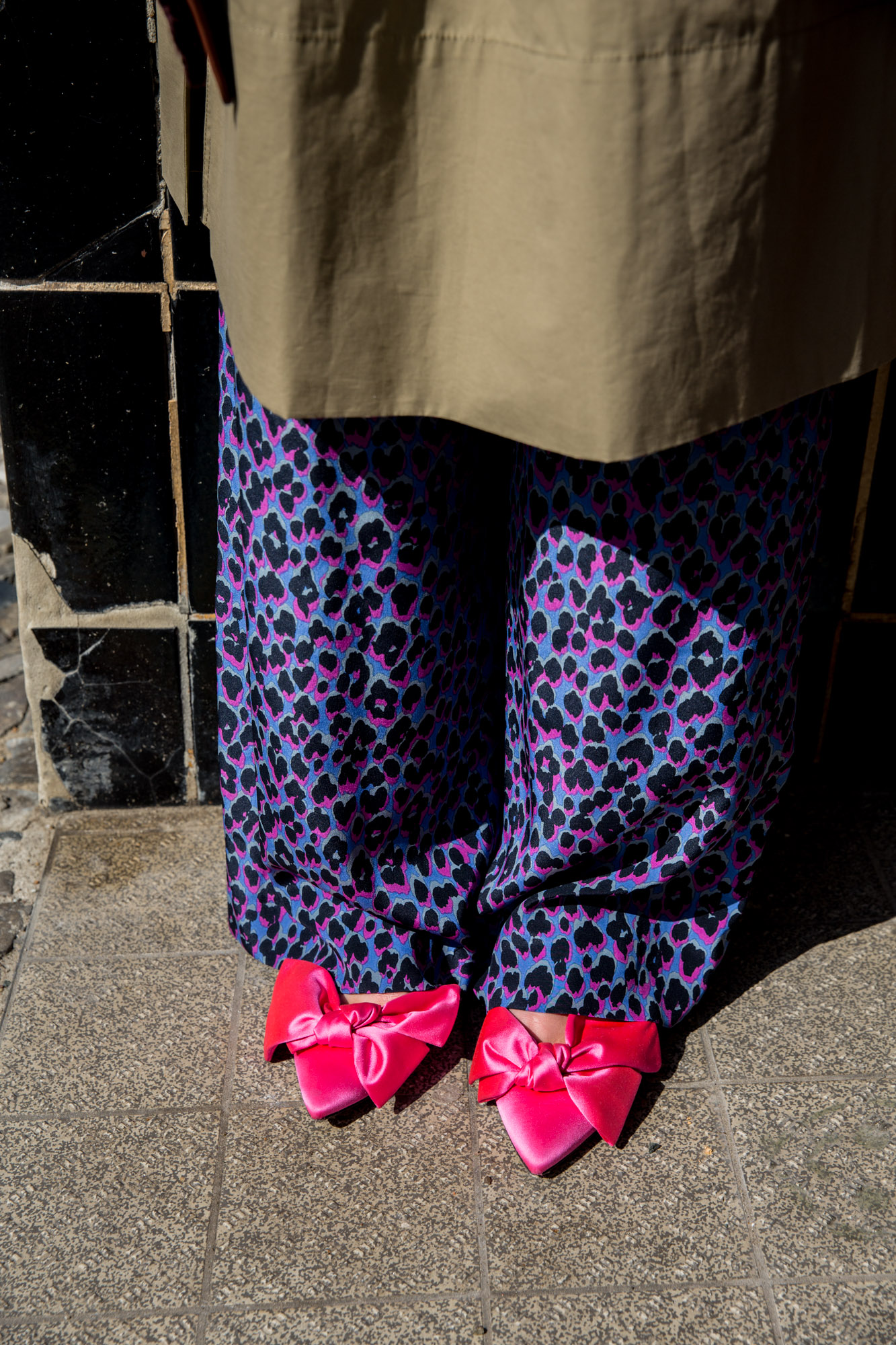 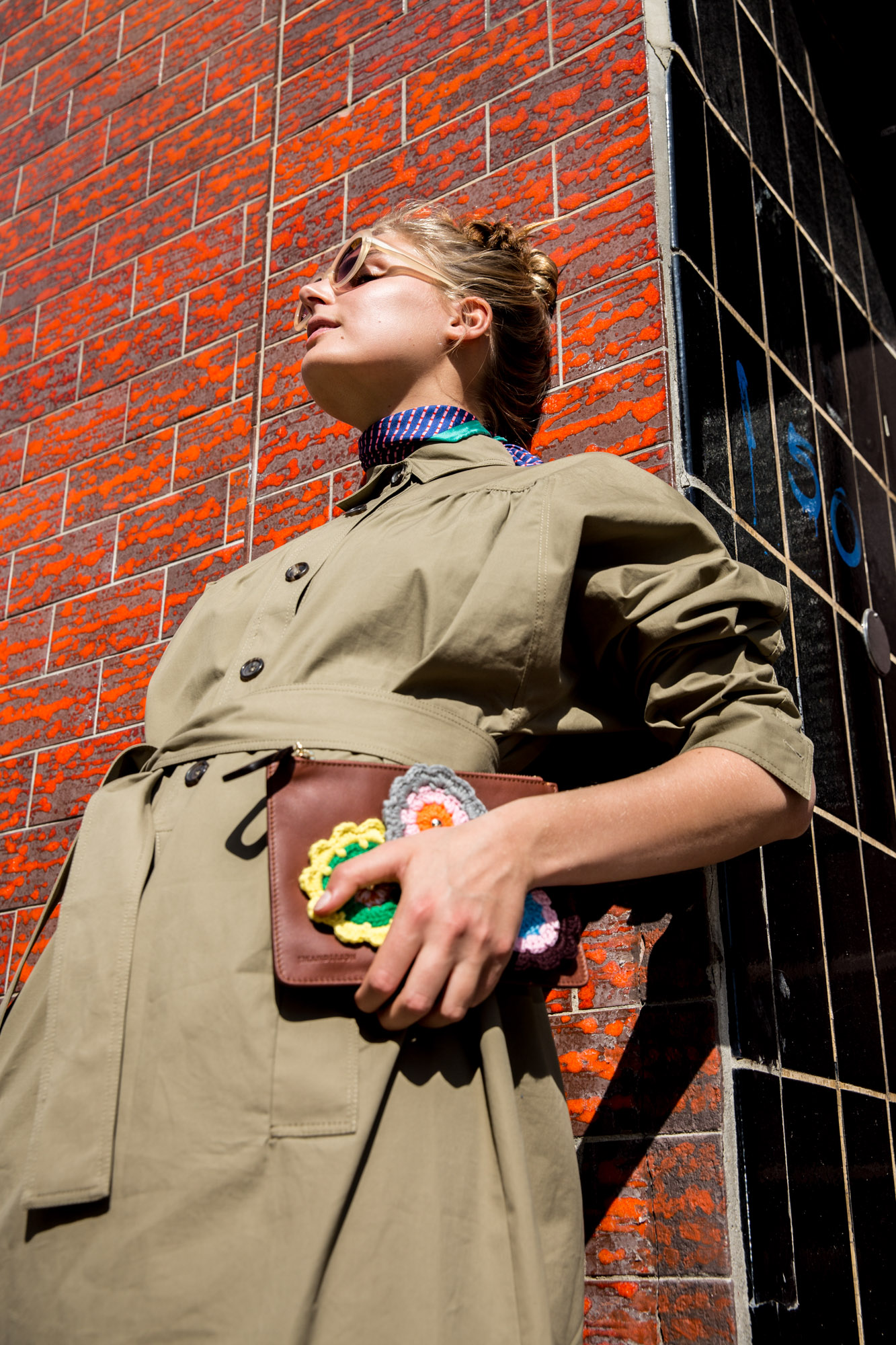 Back on the streets, the leopard reunited with an old friend from India: the khaki Safari dress. He also met Minnie Mouse’s shoes, which he loved. Sometimes cats can be predictable, too. 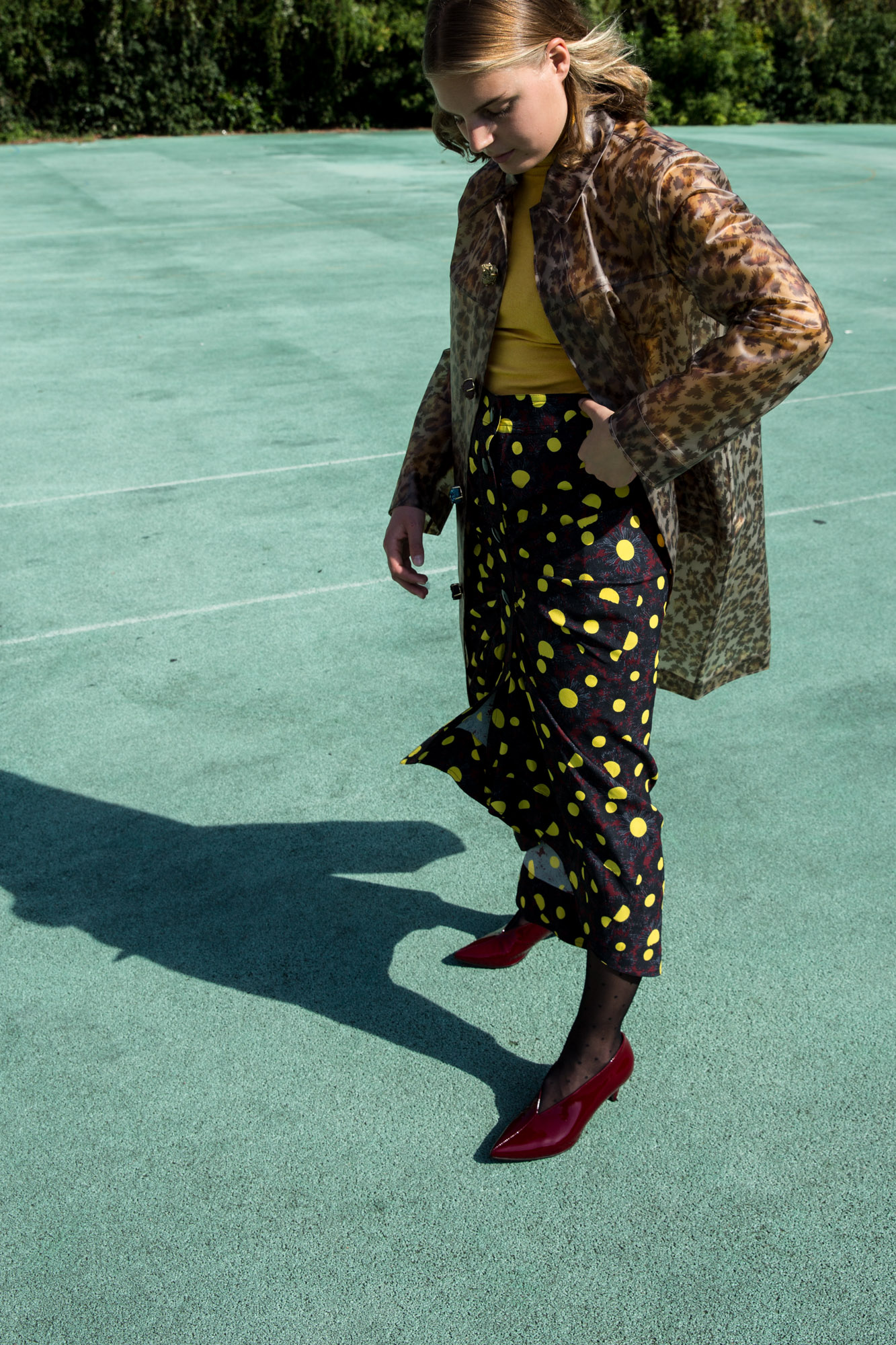 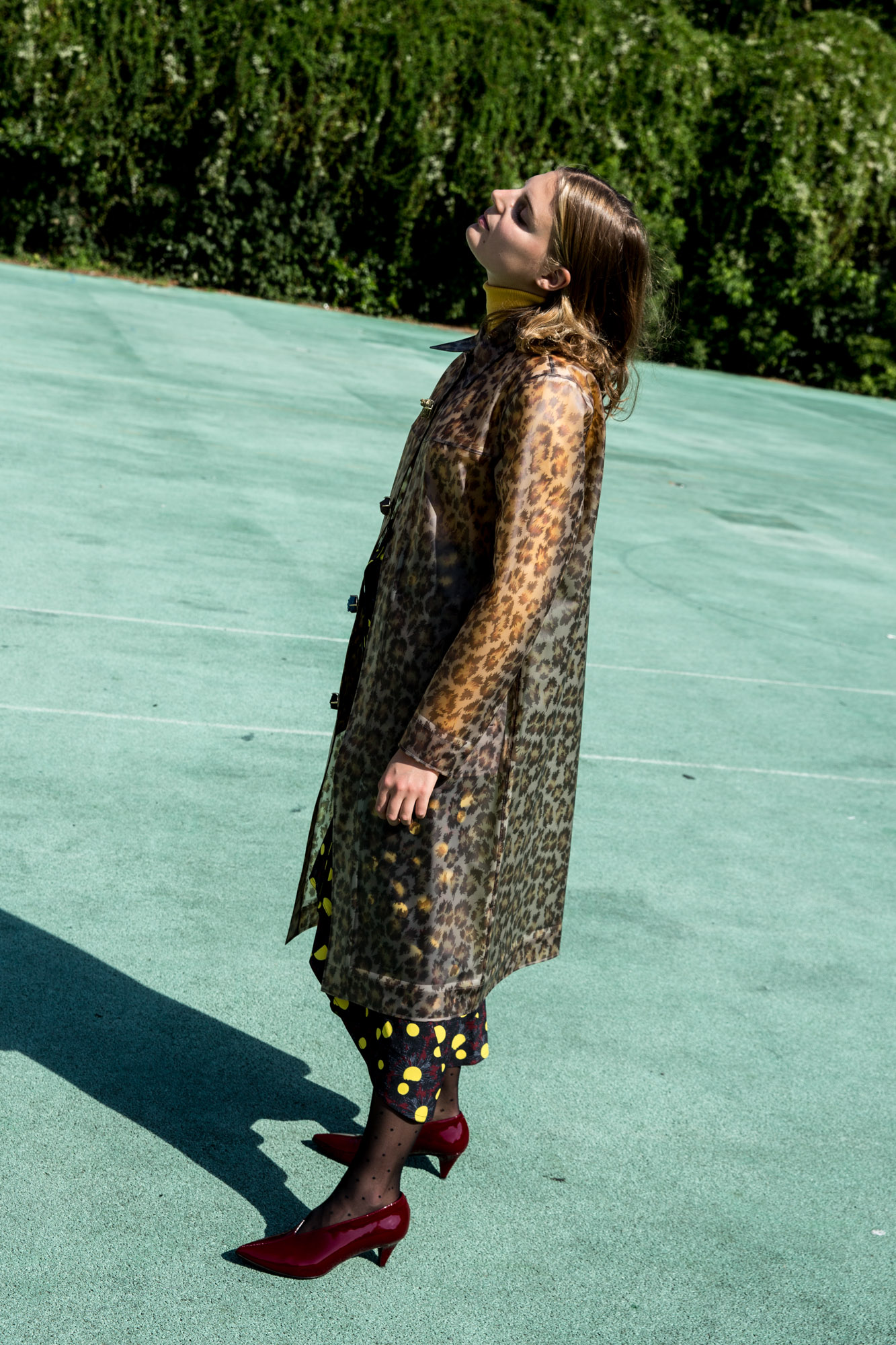 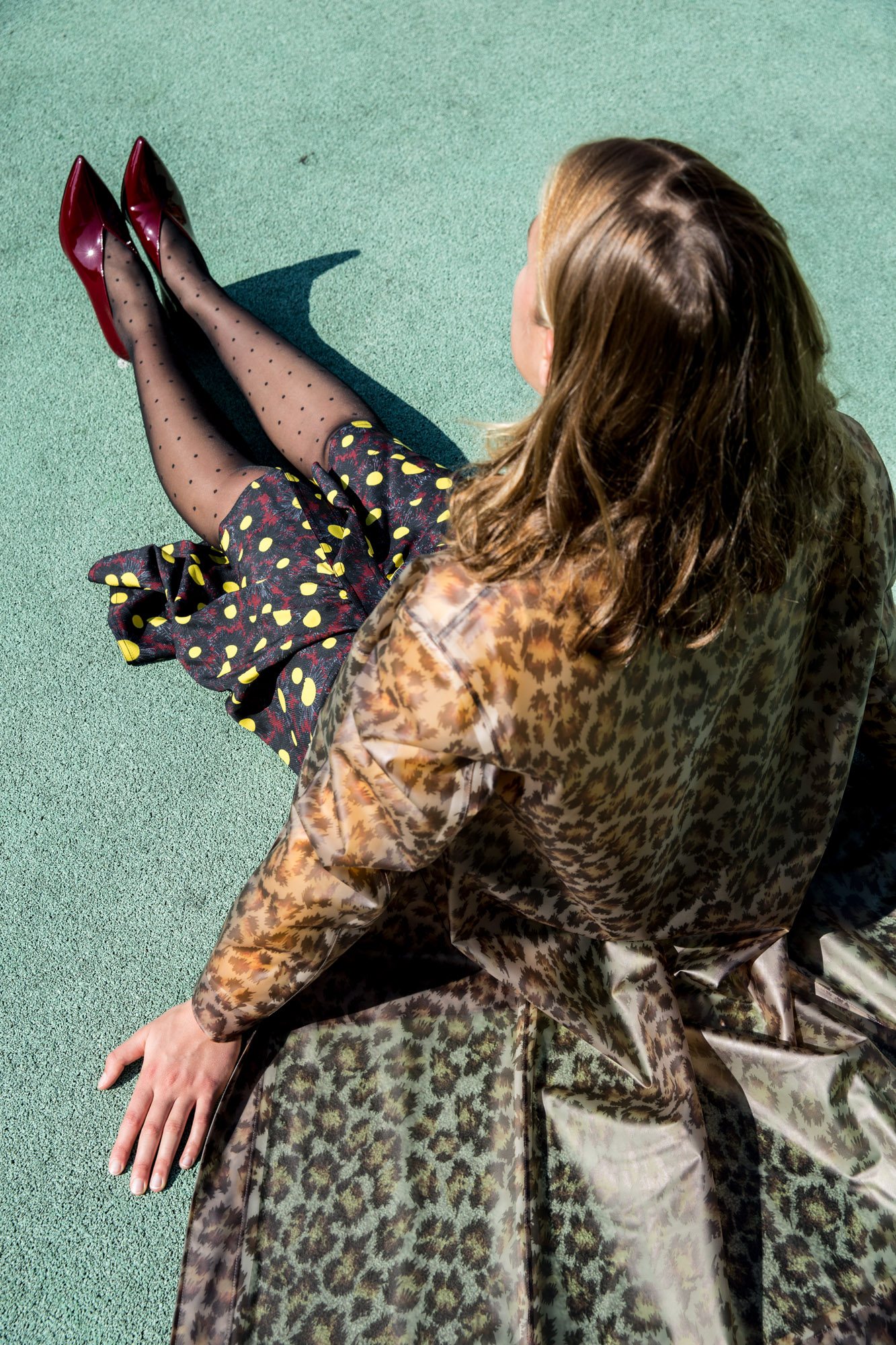 From time to time, the leopard enjoys some competition, so I presented him a beautiful spotted skirt and a pair of elegant polka dot tights. The three of them sniffed at each suspiciously, then became friends pretty quickly. Cats are not as screwed up as I thought.