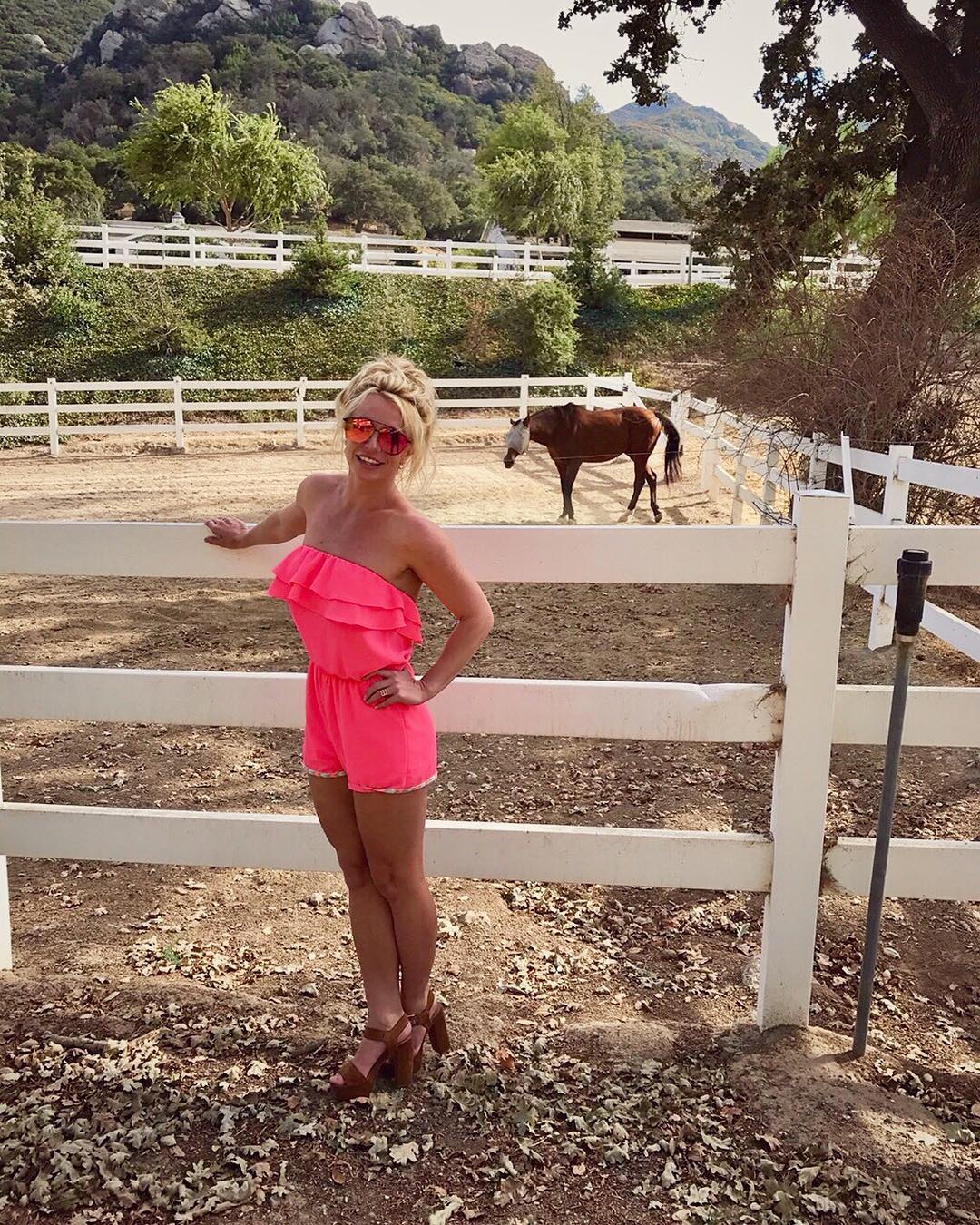 This story was written for Man Repeller

Since Sunday, the video has been viewed almost four million time and been reposted by people like designer J.W. Anderson and artist Oda Jaune — which I mention only because it’s delightfully random. Everyone I know has seen it and loved it. Why does this video spark such joy?

The more I watch it, the more questions I have. For instance, Britney wears two slightly different outfits in the video: one with a paint-splotched shirt, one with a transparent, sleeveless blouse. Was this filmed in two sequences? If this isn’t a spontaneous shot, what is it? Why does the music cut off so abruptly at the end? Why Mozart? Why is she painting flowers when there are no flowers around? Why is she painting at all? Did she even paint this? Is this really Britney Spears? And if yes: Does this mean that she’s planning a comeback even though she’s been back depending on who you ask?

Britney Spears is the ultimate figure of nostalgia. She was the first pop star I ever heard of, “Lucky” the first pop song I ever listened to. Just the sight of Britney Spears makes me think wistfully back to those wonderful years when I knew every line of “Oops!… I Did it Again” without knowing what any of it meant, when I dreamed of becoming a pop singer who wore silver eyeshadow and red latex overalls.

You could argue that Britney painting to Mozart went viral because there’s something ridiculous about it, because there’s nothing more entertaining to a reality show-obsessed society than watching a former megastar be kind of embarrassing and unaware of it. Scrolling through Britney’s Instagram feed is a wild trip past pictures of at-home “fashion shows,” rainbows, pink clouds, videos of her dancing halfheartedly across a stage in glittery underwear, mysterious quotes (“You know what I love about people? Their dogs.”), snaps of family dinners and gym poses. She’s like a character from Desperate Housewives.

Some cynics or critics may consider this video the latest addition to Britney’s string of breakdowns that began the day she shaved her head bald — an incident that, as a side note, marked its 10th anniversary this year.

But watch closely. Doesn’t Britney seem at one with the world here? I can’t help but feel like she’s making fun of me a little, like she knew I’d send the video to friends with no context besides “Omg.” Look at her opulent surroundings, look at the sunny day, look at her free time with which she used to paint. This is a woman who is doing well — so well, in fact, she’s impervious to the judgement of others.

“Sometimes you just gotta play!!!!!!”, her caption reads, followed by an armada of silly emojis. For once, a celebrity is so out of touch with the world, she’s in touch with it again. It’s refreshing to see someone take so much pleasure in a painted doodle, to take such advantage of a lazy, sunny Sunday. Honestly, we could all learn something from it. If Britney Spears’ infamous head-shaving was a cry for help following the descent of a glorious career, this video is proof she’s so far past it, she can’t even believe the internet still references it.

Here she is, at ease, proving she’s mastered the highest art of all: self-aware irony. If Britney Spears can emancipate herself from the world’s judgment, can’t we all?