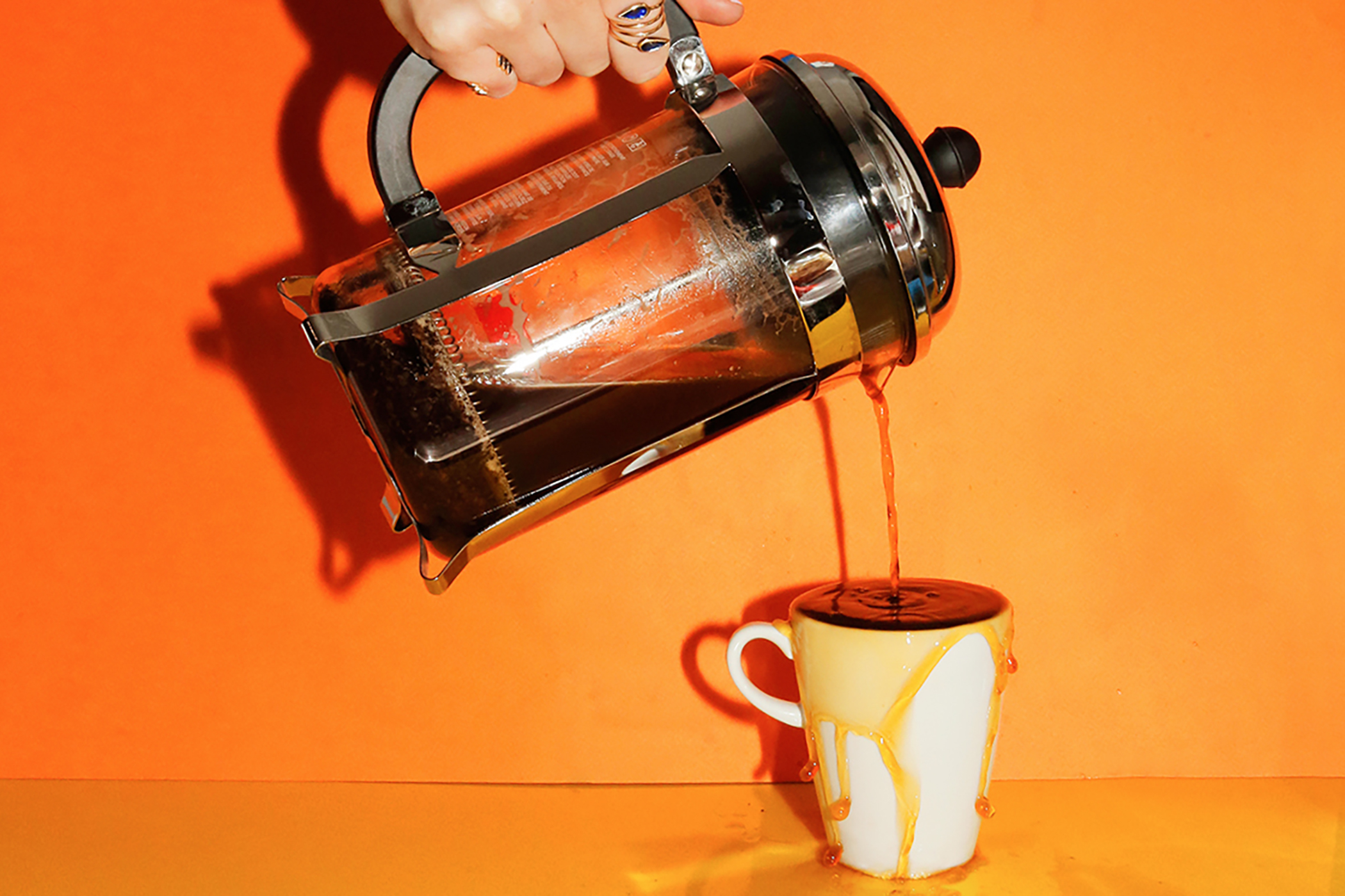 This story was written for Man Repeller

I miss you. We’ve been in a toxic relationship far too long. I had to end it. But it hurts. This could have been such a sweet love story.

We first met where so many romances begin: in Rome. I was ten years old. My grandparents had taken it upon themselves to introduce my sister and I to the roots of European high culture. We visited the Forum Romanum, St. Peter’s Basilica, the Castel Sant’ Angelo, three million churches and almost as many restaurants where my grandparents ended every meal with an espresso. As soon as they emptied their cups, my sister and I would add three spoons of sugar to the remaining dregs and eat the mix. You tasted both disgusting and promising and, like alcohol, slightly dangerous. It was the taste of adulthood. I couldn’t wait to get to know you properly.

I ordered my first cup of coffee on a family trip to Berlin. I was 14 years old and already convinced that this was the city where I was destined to live one day. Sitting on a sidewalk terrace and sipping my latte (you still intimidated me at that time, so I had to dilute you with a lot of foamed milk and sugar), I had a vision of myself living the life of a true Berliner: running errands, picking up laundry, buying groceries and having an important job in a skyscraper office. There are very few skyscrapers in Berlin, but this was a daydream fueled by caffeine, so anything was possible. This feeling — like I can do anything — is one you’ve always given me. I can get out of bed. I can finish this workout. I can pass my math finals. I can move to Berlin. I can move to New York. I can be a journalist who spends days in coffee shops with her laptop, polishing paragraphs. I can grow up, be independent, cross the street while carrying a phone in one hand and a cup of coffee in the other, living the dream of a busy career girl in the big city. Coffee meant possibilities.

I soon started doing without the milk and sugar and was proud to call myself a “real” coffee drinker, just like my dad, who has been my secret role model for as long as I can remember. Mornings at my parents’ home started with the most gentle wake-up call, the purring sound of our old drip coffee machine. I began drinking coffee regularly around the time I started going out and having hangovers, which I cured with the magic combination of one Ibuprofen, two Nutella toasts and three cups of coffee so strong a spoon could stand erect in the mug (almost). I’ve never taken drugs and never smoked a cigarette in my life. It was coffee that made me feel adventurous.

Then I moved to Berlin, which meant I was finally free to drink as much coffee as I wanted without having my mother warn me that it would give me a gastric ulcer. My roommate Julia and I had this habit of five-hour brunches on Sunday mornings, drinking one liter of black coffee each while snacking on frozen raspberries and exchanging anecdotes from our unpromising dating lives. God, did I feel adult.

What I loved most was sharing the early mornings with you. I would stand at the window and watch the city awake while sipping the first, steaming-hot coffee of the day. I literally felt the caffeine rush through my veins (or wherever it went) and awake my spirits.

Voltaire is said to have consumed no less than 50 cups of coffee per day. William Shakespeare called coffee “good apothecary, to sweeten my imagination.” It almost seems like we owe all the revolutionary ideas, artworks and theories of the past centuries to coffee. That might explain the slight megalomania that always hit me after I’d had a coffee: If it could sweeten Shakespeare’s imagination, why not mine?

To me, coffee has also always been the beverage of the big-city conqueror. It is what Harvey Specter drinks while overlooking Manhattan from his glass-walled apartment at 6 in the morning, already fully dressed in his New-York’s-best-lawyer suit, ready to tackle the dawning day.

At least, I’m pretty sure it’s coffee in his cup.

I had to start drinking tea recently because my stomach couldn’t take you anymore. The mornings without you feel empty. I may be healthier now, but I’m not happier. You and I share so many memories. When I arrived in New York some years ago to study, I had a déjà-vu to my arrival in Berlin: everything seemed possible, and I desperately wanted a coffee. I got my daily dose at the deli across from my South Williamsburg apartment. “Milk? Sugar?” the vendor asked me every morning as he handed me my one-dollar cup of steaming dishwater. I came every day and never wanted milk or sugar, but the fact that he stubbornly kept on offering it amused me.

Buying my coffee at that deli became a ritual that I cultivated despite the fact that it didn’t really make sense, like eating hard-boiled eggs on Easter although one does not even like hard-boiled eggs. You still eat them because they remind you of home and mom. Why would I drink coffee that tasted like dishwater? Because I wanted to be a New Yorker, and that’s what people in New York do. At least in my mind.

Like in so many relationships, I tried to focus on the ideal conception of you and me for as long as possible. I thought our issues weren’t real, that they would go away on their own. But it did not work out in the end. I’m almost constantly on Omeprazole these days, fighting chronic gastritis. It’s not your fault. I’m a nervous person. Maybe we will give it another shot in a few years. Maybe we won’t.